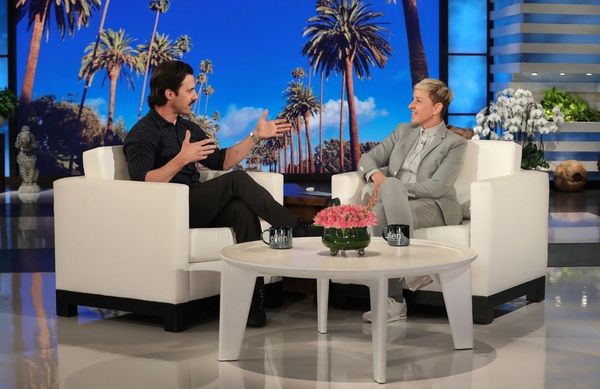 Savor your time with the Pearson family while you can, This Is Us fans. Creator Dan Fogelman has said that the show has already filmed scenes for its eventual series finale, which, according to showrunner Isaac Aptaker, is currently set for about three years from now. And while fans might prefer that it just go on forever, Milo Ventimiglia explained why it’s actually good news that there’s a possible end in sight.

“We never know where we’re going to go. We never know what’s going to happen,” the actor, who plays Jack Pearson on the NBC family drama, told Ellen DeGeneres on Thursday, February 21. “The show could have a huge spike in season 6 and everybody wants more beyond that, but I think creatively, they have an idea of what they’d like to do to kind of wrap it up in this nice story. At least the audience knows, fans know, they’re going to get three more seasons, which is nice.”

The idea of the show ending with season 6 came up in a recent interview with Fogelman and Aptaker, who said they’ve “had this end in mind for a long time” and want to “try to make it feel like it’s a whole, as opposed to a series that’s going to go endlessly.”

Given that plan, Ventimiglia joked that, with the show in the middle of season 3, they’re essentially middle age at this point.

Fogelman has been open about the fact that he had an idea about how the show would end from day one. “I don’t think this show will ever — despite any success it may or may not have — will ever overstay its welcome, and we have a story to tell,” he told EW in May 2018. “And we want to do this the right way. And so we have a plan.”

Other cast members, including Mandy Moore (who plays matriarch Rebecca Pearson), have echoed Ventimiglia’s support of the creative decisions behind the show — even if it means knowing there could be a very finite number of shooting days left. “It gives me solace to at least know that Dan knows how the show is going to end,” she previously told ET. “He’s not flying by the seat of his pants, you know? Like, there is sort of a through line and a punctuation point and he knows how it all comes together.”

Are you sad to hear This Is Us might end after season 6? Let us know @BritandCo!