Here’s Why Your Annoying Coworker Hasn’t Been Fired Yet 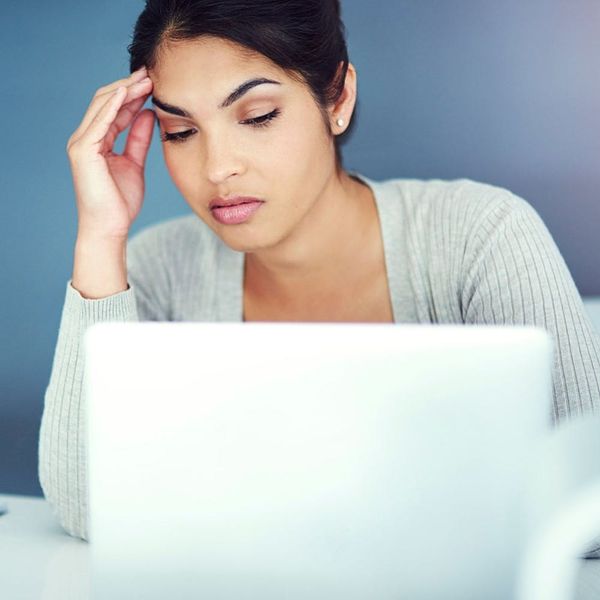 We’ve all had that one coworker. The one who hasn’t quite gotten the hang of communicating like an adult at work. The one who makes mistakes all the time and doesn’t own up to them. The one who generally pulls some shady stuff and never really seems to see any consequences. What gives? A new study says that, unfortunately (for you and your sanity), the reason that annoying coworker hasn’t been fired yet is because, when it comes down to it, they’re productive.

The study, by researchers at Baynor University, looked at people who’ve been ostracized by their coworkers for unethical or immoral behavior. They then separated those people into two groups: those who produce good work for their company, and those who are generally pretty unproductive. Obviously anyone who’s bad at their job AND super shady gets the boot pretty quickly. But what the researchers found about the first group was surprising — and kind of disheartening.

“Unethical, high-performing employees provide contrasting worth to the organization,” researchers wrote. “The employees’ unethical behaviors can be harmful, but their high job performance is also quite important to the organization’s success. In this vein, high job performance may offset unethical behavior enough to where the employee is less likely to be ostracized.” Yikes.

But the researchers warn about the risky consequences of building corporate culture that tolerates shady behavior: “Unethical, yet high-performing employees, their work groups and their organizations may exist on a false foundation that has the potential to crumble and cost employees their jobs and their organizations significant amounts of money.”

If you’re a #girlboss trying to deal with some… well, difficult employees, you’re in luck. In the study, the researchers offer up two very important suggestions.

1. Nip it in the bud. “Leaders need to be particularly diligent in swiftly disciplining unethical behavior,” researchers said. “Organizations might consider hiring and training ethical leaders who will demonstrate and espouse the importance of behaving ethically.”

2. Create space for your team to come forward. “Relationship conflict and workplace ostracism can adversely affect the organization’s bottom line because of reduced performance and satisfaction and increased withdrawal. Employees could be encouraged, and even rewarded, for discussing suspect behaviors with their leaders.”

And if you’re not the ringleader, you’ll likely just have to sit tight until that annoying coworker starts slipping up in productivity. But hey, at least you have answers for why they’re still around!

Have you ever had an issue with an unethical coworker? Tweet us your story @BritandCo!

Kylie Kendall
Kylie is a freelance writer living in Ottawa, Canada. When she's not writing, you might find her scoping out all-day breakfast spots in her city or taste-testing every bottle of red wine under $10.
Girlboss
Work
Girlboss study