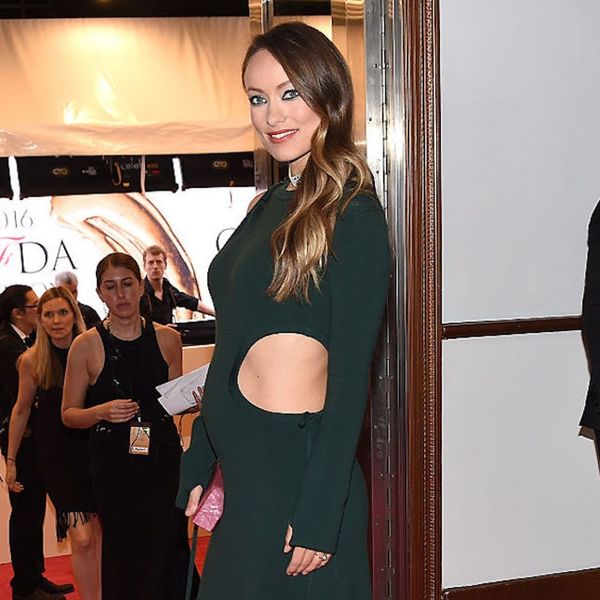 From some subway shaming to a totally twinning mother-daughter duo, check out six of today’s buzziest news items below.

1. Imagine seeing this and knowing it was a subtweet about you?! Olivia Wilde must have had a bad ride on the NYC subway yesterday, because she slammed fellow passengers for not offering their seats to her very pregnant self when they seemingly had no reason not to do so. “NBD, able-bodied subway riders who won’t give your seat to a GIANT preggo,” she said sarcastically. “I’ll just stand riiiiight next to your head and pray I go into labor.” Seriously people, get it together and give up your seats!

2. OMG: Julianne Moore and her daughter are TOTAL twins. Julianne and her daughter Liv were front row at Ralph Lauren’s NYFW show last night, but not before posing for some photos together that made us SWEAR we were seeing double. 14-year-old Liv is obviously going to grow up to be every bit the stunner her mom is. (Photo via Jamie McCarthy/Getty)

3. This photo of Jamie Oliver and Lindsay Lohan cooking together gives us the warmest fuzzies. Lindsay is set to appear on the upcoming season of Jamie Oliver‘s Friday Night Feast cooking show, and we can’t wait. That is all.

4. Lena Dunham’s bikini selfie is an important reminder to take care of your health. Lena was at a pool party with some Girls cohorts when she sent a bathroom mirror selfie to her Instagram story, showing off not only her killer Target bikini, but the scars she has from her battles with endometriosis. “When the Target swimsuit does a b***h right,” she captioned the snap, nonchalantly adding, “Endo scars & all.” It’s moments like these that keep normalizing these experiences for other women (minus maybe the hotel pool party). (Photo via @lenadunham)

"This weekend (Friday 16 and Saturday 17, starting at 7pm each night), the veteran actor will have another go at manning the bar at 21 Greenpoint, a Brooklyn newcomer from owners Syd Silver and Homer Murray (Bill's son) that's replacing their restaurant River Styx. The cocktails on offer are the creations of beverage director Sean McClure, an alum of Le Bernardin and Dirty French, but we're going to assume ol' Bill will have full control of the tequila bottles. " via @timeoutnewyork

5. Bill Murray will be bartending at a Brooklyn bar because Bill Murray. Bill’s son Homer is re-opening his restaurant space, formerly River Styx, as 21 Greenpoint this weekend, and will have his dad pouring shots for patrons. “We want people to come and have fun,” Homer told Eater NY. “People can walk in; just be nice. What my dad lacks in experience, he makes up for in tequila.”

Do you ever try to have phone-free time? Let us know @BritandCo!