7 Women in Hollywood Who Got Us Talking (FINALLY) About Endometriosis 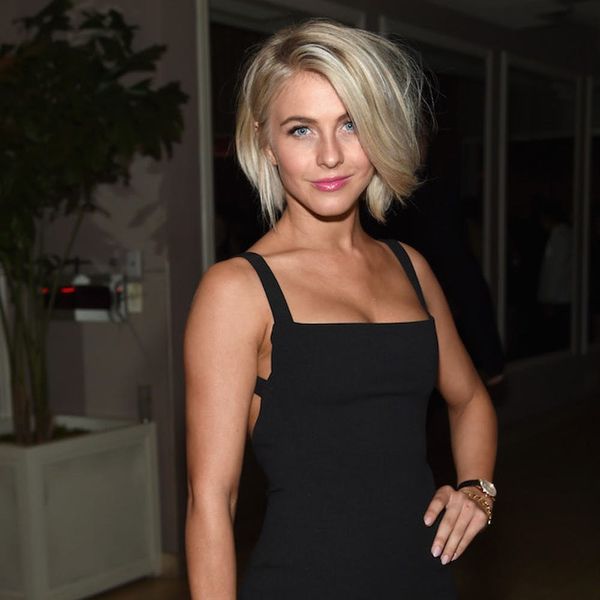 Living in the public eye can mean a complete lack of privacy, even in the moments that it might be most needed and wanted. And while some celebrities choose to let the world in on private matters such as their health, as Zoe Saldana did when she revealed her battle with an autoimmune disease, the truth is, many live with invisible, chronic illnesses without the general public being any the wiser.

1. Lena Dunham: Earlier this year, Lena was forced to take a break from the promotional push behind Girls due to a particularly bad endometriosis spell. The severity of her condition ultimately required surgery, and she has since been active in events hosted by the Endometriosis Foundation of America. “From the first time I got my period, it didn’t feel right,” Lena shared in Lenny Letter. “The stomachaches began quickly and were more severe than the mild-irritant cramps seemed to be for the blonde women in pink-hued Midol commercials. Those might as well have been ads for yogurt or the ocean, that’s how little they conveyed my experience of menstruating.” Too relatable for far too many. (Photo via Jamie McCarthy/Getty)

2. Julianne Hough: In 2008, Julianne brushed off the pain from her then-undiagnosed endometriosis as a stomach ache, even if it “felt like a knife was being stabbed in me.” Her DWTS producers convinced her to go to the doctor, and an ultrasound revealed massive amounts of tissue growing outside of her uterus, spreading to her appendix and right hip. Initially, Julianne wasn’t sure if she wanted to go public about such a personal thing, but she credits comments and support from her fans for keeping her honest. (Photo via Jamie McCarthy/Getty)

3. Halsey: 21-year-old singer Halsey was diagnosed with the condition just this year, and almost immediately shared a very personal update with her fans about her diagnosis to remind them that they’re not alone. “I know how excruciatingly painful … and discouraging the disease can be,” she wrote, describing it as, at times, like being a prisoner in your own body. Halsey said her diagnoses was also a relief, as she finally had “every right” to “feel like the world was caving in” when her endo was rough going. “Just know I’m here if you want to vent.” (Photo via Frazer Harrison/Getty)

4. Tia Mowry: The actress has been very forthcoming about her fears that her endometriosis would effect her ability to conceive. “Not being able to have kids was an immediate fear. It made me feel out of control,” she said. Tia had three surgeries related to her endometriosis before ultimately giving birth to her only child in 2011. (Photo via Alberto E. Rodriguez/Getty)

5. Daisy Ridley: It’s a shame Daisy Ridley felt compelled to delete her Instagram account in the face of relentless bullying and trolling, because she often used the platform to share personal struggles with fans in order to make them feel less alone. Just this past June, she did that very thing, disclosing her endometriosis diagnosis and reminding fans to trust themselves and listen to their bodies. “Keep on top of how your body is feeling and don’t worry about sounding like a hypochondriac. From your head to the tips of your toes we only have one body, let us all make sure ours are working in tip top condition, and take help if it’s needed.” (Photo via Anthony Harvey/Getty)

6. Jamie King: Jamie was one of many women who admitted that her fertility struggles made her feel “broken,” and has even thanked Lena Dunham for bringing an often private and misunderstood disorder into the public eye. “Nobody really talks about endometriosis or PCOS, but so many women struggle with it. I have to thank Lena Dunham as being a big champion for me,” she said. “I used to feel like I was the only one who had it. Nobody knew how long it took me to get pregnant: that for seven years I had so many losses, I’d been trying for so long and I was in so much pain.” Jamie is now the proud mom of two bundles of joy. (Photo via David Buchan/Getty)

7. Whoopi Goldberg: Whoopi has long been an advocate for endometriosis education, saying at the 2009 Endometriosis Foundation of America Blossom Ball, “If you don’t discuss it, many more women are going to find themselves unable to have children, or find themselves close to dying because it’s led to something else.” (Photo via Whoopi Goldberg/Getty)

Do you suffer with endometriosis or know someone who does? Tweet us @BritandCo.