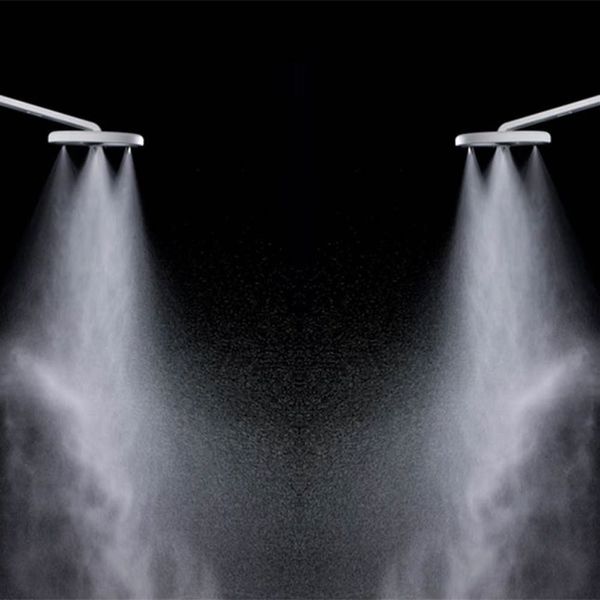 If you’re tired of that weak shower head wasting water that’s not even getting to the top of your head, it might be time to research new options. When looking for an upgrade, you should be conducting full research, like outside of just your local Target/Bed Bath & Beyond trip. A shower head you should totally consider is one that has a Tim Cook seal of approval — aka he’s invested in it ;)

Nebia is a shower head that is looking to totally transform your time under the water with its cutting-edge technology while also being eco-friendly. Currently running a Kickstarter campaign, the shower head has already been backed by the previously mentioned Apple CEO as well as startup incubator Y Combinator and Eric Schmidt, a chairman of Google, because of its bathroom inventiveness. Using what it dubs “H2MICRO™ technology,” the shower head “atomizes water into millions of droplets to create 10 times more surface area than a regular shower.”

If more surface area of water makes you instantly think you’ll be using (aka wasting) more water, think again. Nebia promises that with the use of its shower head, your water savings will be increased by 70%. That not only saves thousands of gallons of water, but it also means that your monthly bill will not be as depressing ;) To visualize just how much money and water you could save, play around with Nebia’s handy calculator.

A shower head that covers your entire body AND saves you money/is good for the environment — what could be better?! Well, Nebia is also promising that its easy to install — no plumber required. According to the site, “if you can change a lightbulb, you can install a Nebia.” If we don’t have to use tools or break tiles (or nails) to install an adjustable shower head with a portable hand-wand, we’re sold and already counting down the days until this shower upgrade is in our bathroom.

Would you upgrade your current shower head with Nebia? Let us know in the comments.