Olivia Culpo Is Making a Serious Case for Straight-Edge Bangs 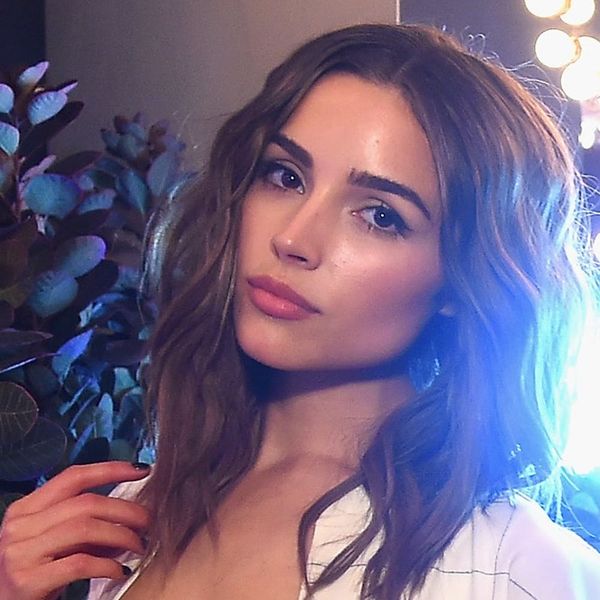 Curtain fringe may have earned top honors as *the* hottest trend in fall hair, but Reprisal star Olivia Culpo doesn’t need to follow the trends: She’s busy making her own. Case in point? The totally straight-edge, Mia Wallace-esque bangs the model just debuted over on Instagram.

Taking to social media to show off her completely made-over ‘do, the actress wrote, “Today I got bangs and a horse.” Not a bad combo, if we do say so ourselves! She also appeared to have taken a few inches off her locks, which appeared to just graze her collarbone, angling up even shorter in the back.

today I got bangs and a horse

The eye-framing cut was a totally new look for Culpo, 25, who has been sporting a shoulder-length lob since January, when she chopped her tresses into a sleek lob in front of fans via Facebook Live.

Of course, it’s entirely possible this new, banged look may have been a temporary style for a photo shoot or a role: The former Miss Universe has posted several shots since in which she’s rocking a sleek, pulled-back, and there’s no sign of a chop over on her hairstylist, Justine Marjan’s page.

Either way, the damage has been done: We’re officially itching for straight-edge fringe!

What do you think of Olivia Culpo’s bangin’ new look? Share with us over @BritandCo.

Nicole Briese
Nicole is the weekend editor for Brit + Co who loves bringing you all the latest buzz. When she's not busy typing away into the wee hours, you can usually find her canoodling with her fur babies, rooting around in a bookstore, or rocking out at a concert of some sort (Guns N' Roses forever!). Check out all her latest musings and past work at nicolebjean.com.
Bangs
Hair
Bangs Celebrity Hair Haircuts
More From Hair