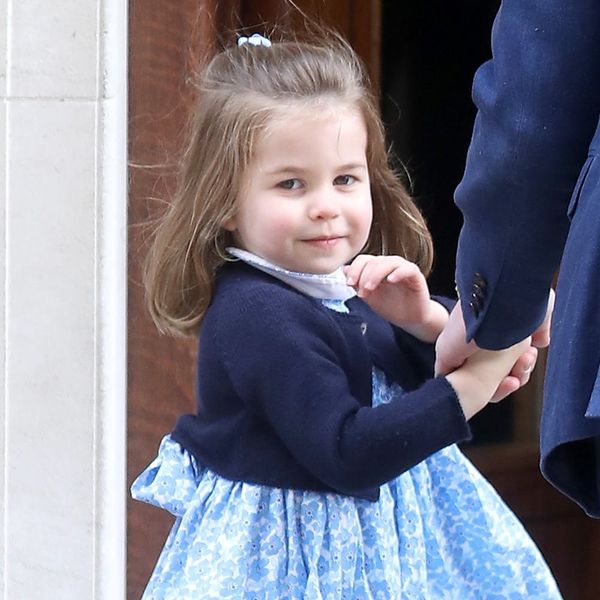 Prince William and Duchess Kate Middleton welcomed their third child on Monday, April 23, and while that’s reason enough to celebrate, we just can’t get over how cute Prince George and Princess Charlotte looked as they arrived at the hospital to meet their new baby brother.

Prince William left St. Mary’s hospital shortly after Duchess Kate gave birth to a son, but not before assuring the crowd he would “be back in one minute.” Kensington Palace explained in a tweet that he was off to see his two older kids.

He returned a half-hour later, hand-in-hand with Prince George and Princess Charlotte. As they walked from the car to the hospital door, Princess Charlotte smiled and greeted the crowd gathered outside the Lindo Wing, even turning back as they walked up the steps to give one last little wave over her shoulder.

Prince George, 4, wore his school uniform — navy shorts, a navy sweater with red trim, and a pale-blue oxford shirt — while Princess Charlotte, 2, looked lovely in a blue-and-white patterned dress and a navy cardigan.

The young royals stayed just long enough to meet their new sibling before heading back to Kensington Palace to await their parents’ return.

The new royal baby is now fifth in line for the throne, behind Prince Charles, Prince William, Prince George, and Princess Charlotte. Prince Harry, who will wed Meghan Markle in a much-anticipated royal wedding next month, is now sixth in line.

How did you introduce your kids to their new siblings? Let us know @BritandCo!