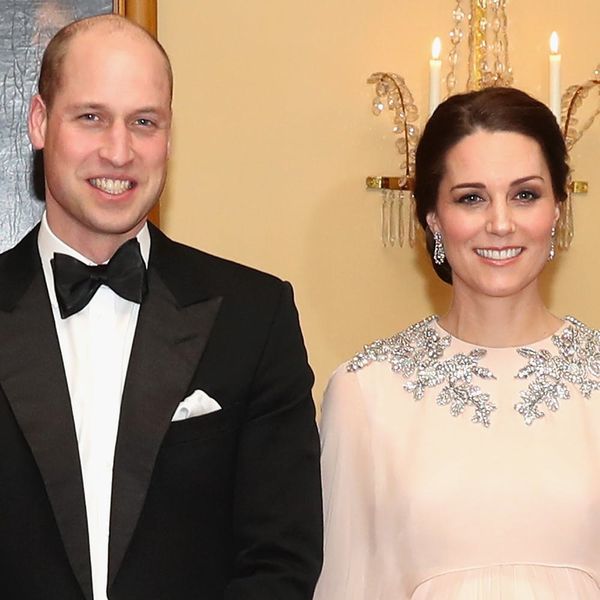 Welcome to the world, little prince! Prince William and Duchess Kate Middleton welcomed their third child, a baby boy, on Monday, April 23, just days ahead of their seventh wedding anniversary.

Her Royal Highness The Duchess of Cambridge was safely delivered of a son at 1101hrs.

The Duke of Cambridge was present for the birth.

Her Royal Highness and her child are both doing well.

Earlier on Monday, Kensington Palace announced that the Duchess of Cambridge had been admitted to St. Mary’s Hospital “in the early stages of labor.” She and Prince William arrived at the Lindo Wing together, reportedly before 6am local time.

The new arrival, whose name has not yet been announced, joins big brother Prince George, 4, and big sister Princess Charlotte, 2. He is now fifth in line to the throne, behind his paternal grandfather, Prince Charles; his father, Prince William; and both of his older siblings.

As they did with their first two children, Prince William and Duchess Kate are expected to debut their newborn outside the Lindo Wing. Prince George’s debut happened one day after his July 22, 2013, birth, while Princess Charlotte’s debut took place just a few hours after her arrival on May 2, 2015.

Following the photo op, the royal couple will head back to Kensington Palace to begin their life as a family of five. If precedent holds, the Palace will announce the little one’s name within a couple of days. (Prince George and Princess Charlotte’s names were revealed two days after their respective births.)

The royal baby’s arrival comes amid a busy few months for the family. This past weekend, the UK celebrated Queen Elizabeth II’s 92nd birthday with a star-studded concert at Royal Albert Hall in London. And in just a few weeks, on May 19, Prince William’s younger brother, Prince Harry, will marry Meghan Markle at Windsor Castle.