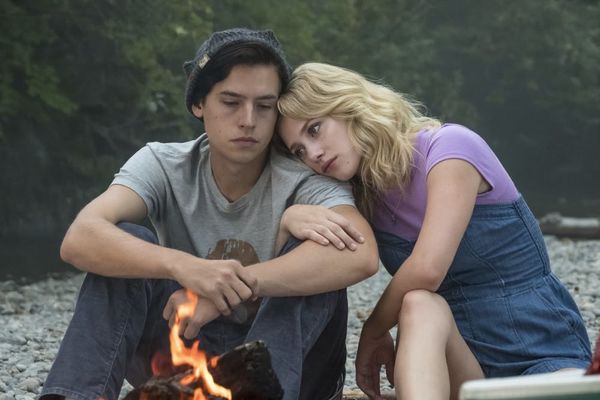 Riverdale season 3 is shaping up to be as dark and campy as we’ve come to love and expect from the CW teen drama. The premiere is still nearly a month away, but Entertainment Weekly just shared some new details about what we can expect from Archie and the gang when they return.

In an interview with EW, executive producer Roberto Aguirre-Sacasa dished, among other things, some Bughead news that will have fans of rumored IRL couple Lili Reinhart and Cole Sprouse — who play Betty and Jughead — swooning.

“We jokingly call it teen detective meets True Detective, because we find Betty and Jughead investigating this really disturbing crime that seems to speak to the very twisted history of Riverdale,” he said.

Although the Black Hood was captured and revealed to be Betty’s dad, Hal, at the end of season 2, the mystery-riddled town isn’t out of the woods just yet. And as Riverdale’s resident teenage “crimefighting duo,” Betty and Jughead will get plenty of screen time together as they team up to “take this new killing spree under their belts.”

Additionally, season 3 promises a flashback episode in which the young stars of the show play their own parents in high school. Aguirre-Sacasa said the flashback will provide some information on a current crop of murders happening in the town — murders that bear spooky similarities to a past homicide.

Previously, the CW released a trailer that touched on Archie’s fate after being framed for murder by Veronica’s father Hiram Lodge, as well as Betty’s involvement in “The Farm” — which looks like a dangerous cult.

Do what it takes to survive. New episodes of #Riverdale return Wednesday, October 10 on The CW! pic.twitter.com/nrPmpCDKVw

Riverdale season 3 premieres on Wednesday, October 10, on The CW.

Are you happy to hear that Betty and Jughead will get more screen time in season 3? Let us know @BritandCo!