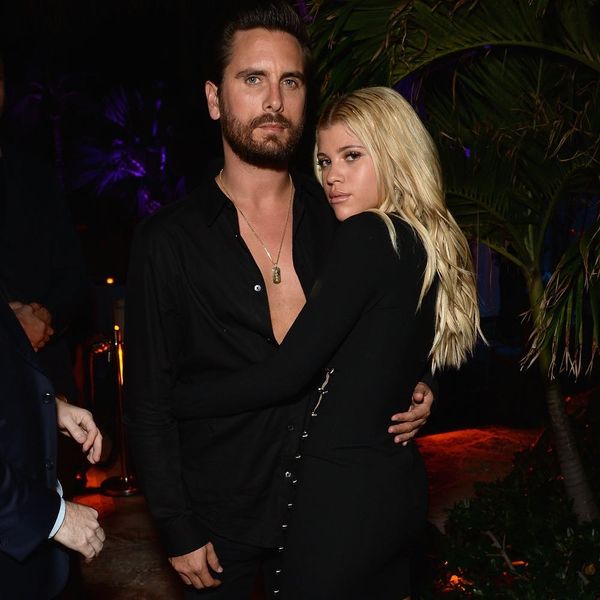 Scott Disick and Sofia Richie have continued to heat up since they made their relationship Instagram official back in October. And this week, the pair took things one step further by attending their first big event as a couple.

Stepping out for an Art Basel kickoff party at the Confidante Hotel in Miami Beach on Wednesday, the duo coordinated in sleek, all-black outfits, with 19-year-old Richie opting for a fitted, long-sleeved mini-dress and 34-year-old Disick in black pants, a matching shirt (which he decided to leave half-buttoned), and loafers.

According to reports, the two stayed close throughout the evening and weren’t shy about showing affection. Inside the event, they were all smiles while chatting with DuJour founder Jason Binn (whom Richie surely met when she appeared on the cover of the magazine’s November 2017 issue).

Run away with it

Disick and Richie have been making headlines since they first started hanging out several months ago, but any criticism regarding their age difference or his situation with Kourtney Kardashian, the mother of his three children, hasn’t prevented them from enjoying their time together.

The two have been spotted on trips to Italy and Cabo San Lucas, Mexico, among other places, and while they haven’t spoken much about their relationship, they’ve given us plenty of glimpses of their sun-filled, super-luxe adventures via Instagram stories.

What do you think about Scott Disick and Sofia Richie’s first event? Let us know @BritandCo!