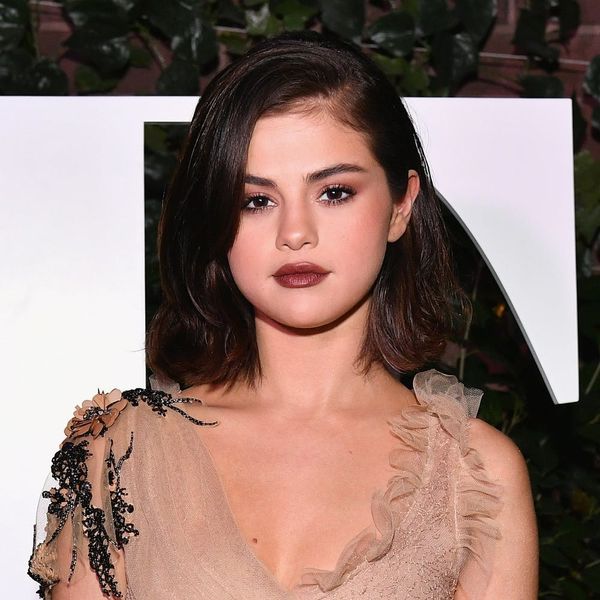 Selena Gomez may seem like she leads a perfectly charmed life, with a wildly successful career and an adoring boyfriend in The Weeknd, but there’s one area the “Fetish” singer admits her existence is lacking in: friends.

As the 25-year-old revealed in a recent interview with Business of Fashion, she’s got plenty of acquaintances, but not many she’s close to. “I feel like I know everybody but have no friends,” she said.

But don’t feel TOO bad for the pop crooner: As she further explained, that’s not necessarily something she considers to be negative. In fact, she views it as a positive trait for her wellbeing. When asked the most important thing young people should know about mental health, the 13 Reasons Why executive producer said that surrounding yourself with those that respect and understand your mental state is key. “You are who you surround yourself with — 100 percent. If you’re around people who think that stuff is dumb, that think it’s ridiculous — ‘You’re crazy! You’re fine!’ — but you don’t feel that way, then maybe it’s time to re-evaluate that… But it is lonely, I had to lose a lot of people in my life to get there,” she explained.

She added that she now sees how heavily those around you can influence you, adding, “I have like, three good friends that I can tell everything to, but I know everyone. I go anywhere and I’m like, ‘Hey guys, how’s it going?’ And it feels great to be connected to people, but having boundaries is so important. You have to have those few people that respect you, want the best for you, and you want the best for them.”

But recognizing who really has her best interests in mind hasn’t always been easy. “When I was younger, it was all fun to me,” she said. “When I did state fairs and 100 people would show up, I would be stoked. That was the best feeling in the world. But when I got older, I started to become exposed to the truth behind some stuff and that’s when it flipped a little bit.”

We have to say, considering how happy the singer looks these days, it seems as if her inclination to keep her besties like Taylor Swift near and dear is working out just fine!

Do you have a lot of friends or just a few besties with plenty of acquaintances? Let us know @BritandCo!

Desiree O
Desirée O is a ‘Professional Bohemian’ who loves anything and everything related to the arts, entertainment, and pop culture. She ADORES being a ‘Newsy’ for Brit + Co, covering all of the latest tidbits of awesomeness that you want to read about. When she’s not writing, she’s either making messy art, going on long adventurous walks with her camera, or poking around over at bohemianizm (http://www.bohemianizm.com/). You can find out about Desirée O and her work at http://DesireeO.com/ or follow her on Twitter @DesireeO.
Celebrities
Celebrity News
Celebrities Friends Selena Gomez