Watch an Exclusive Deleted Scene from ‘The Spy Who Dumped Me’ 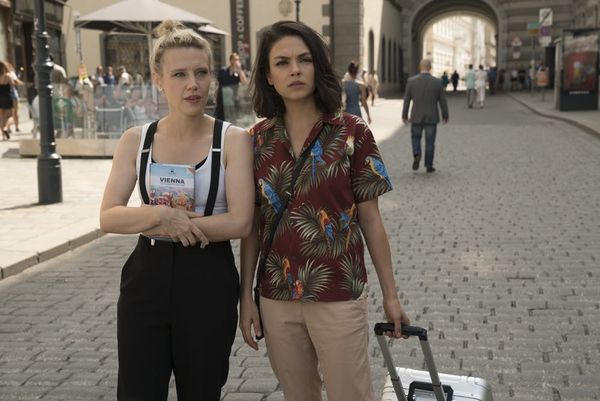 If you couldn’t get enough of the chemistry and banter between Mila Kunis and Kate McKinnon in The Spy Who Dumped Me, you need to see this exclusive deleted scene of the friends-turned-operatives in action.

Kunis and McKinnon starred in the movie as Audrey and Morgan, two best friends who are thrust into a world of international conspiracies and espionage when Audrey learns that her ex-boyfriend Drew (Justin Theroux) is a covert agent for the CIA. Together, Audrey and her BFF travel to Vienna to try to untangle themselves from Drew’s mess of a secret life.

That’s where we find them in this deleted scene. As they make their way through the European city, culture-loving Morgan is distracted from their mission by the delicious food and famous art that Austria’s capital has to offer. “We’re in Vienna, we’ve gotta see a Klimt. What, are you going to come to Vienna and not see a Klimt? That’s crazy!” she tells Audrey, who’s more concerned about figuring out where they need to go.

That’s when Morgan spots someone she thinks could be an assassin on their trail — a “delicate” woman who happens to be staring at them. “Women of all shapes and sizes can be whatever they want to be,” Morgan says when Audrey questions her suspicion. “They can be assassins. They can be operatives.”