Mila Kunis and Kate McKinnon Team Up in ‘The Spy Who Dumped Me’: Watch the Trailer! 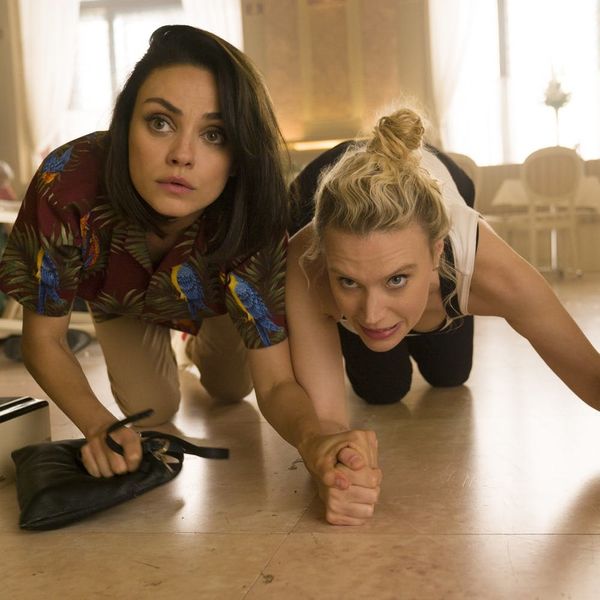 Getting over a breakup isn’t easy — especially when your ex is a spy. Mila Kunis’ character learns that the hard way in The Spy Who Dumped Me, her new movie with Saturday Night Live star Kate McKinnon.

Kunis plays Audrey, a woman who finds out her life is in danger because her ex-boyfriend Drew (Justin Theroux) works for the CIA — a fact that he obviously kept secret from her. Thanks to him, Audrey and her pal Morgan (Kate McKinnon) are right in the line of fire and have to dive head first into a world of action-packed espionage in order to get out alive.

But not everyone is cut out for the spy game, as you can see in the movie’s first trailer, which debuted on The Ellen DeGeneres Show today. Case in point: When Audrey and Morgan attempt to escape in a snazzy-looking car, they’re foiled by the fact that it’s a stick shift. (“Do you know how to change a gear?!”) And when faced with the prospect of torture, the ladies cave immediately. And that’s nothing compared to Morgan’s attempt to swallow a flash drive.

Their adventure is a bumpy one, but that doesn’t mean they won’t come out on top. As the movie’s tagline says, “Look out, world, because it’s 2018 and women are killing it.”

The Spy Who Dumped Me, which also stars Gillian Anderson, Sam Heughan, and Hasan Minhaj, is set to hit theaters on August 3.

How do you think you would handle life as a spy? Let us know @BritandCo!