Is “Starvation Mode” Legit or a Myth? 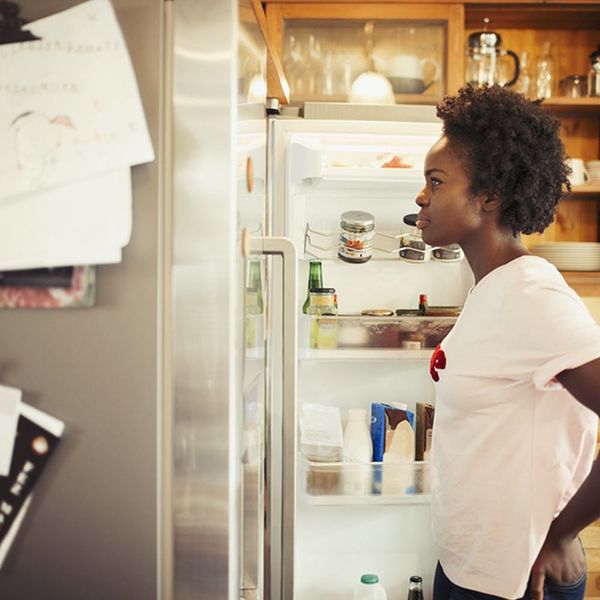 If you’ve ever tried cutting back on calories for weight loss, you may have gotten a lecture from a friend (or your mom!) about how not eating enough could put you into “starvation mode.” Eating too little can actually make your body hold on to weight instead of getting rid of it, the theory goes, thereby negating your well-intentioned efforts to eat salads and smoothies all day. But is it true that not eating enough can actually be counterproductive for weight loss? Among health experts, opinions vary as to what starvation mode really looks like, as well as how long it actually takes for it to set in. We dug into the research and spoke to expert dietitians to get the full story.

Is Starvation Mode for Real?

As far back as World War II, researchers have been exploring the idea that less the less we eat, the less we burn. In a 1940s study called the Minnesota Starvation Experiment, healthy men were under-fed for a long period of time. Though they initially lost weight, their metabolism eventually slowed to accommodate their restricted calories. This landmark piece of research was one of the first to question whether weight loss may not be as simple as “calories in versus calories out,” and it’s been a hot topic ever since.

More recently, a growing body of evidence has continued to confirm the reality of starvation mode, also known as “adaptive thermogenesis.” One study followed the inhabitants of the Biosphere 2, an isolated Earth science research facility in Arizona, over a two-year period. Because of their restricted food supplies, the inhabitants lost an average of 15 percent of their body weight during their time in isolation. And post-weight loss, they burned a stunning 180 calories less per day than a control group.

Similarly, in the wake of the popularity of weight loss reality TV, another study caught up with contestants from The Biggest Loser six years after their participation on the show. Contestants who had lost the most weight — and kept it off — had the highest rates of metabolic slowing, meaning that they had to continue an extremely low-calorie diet to keep weight from creeping back up. In light of these and a number of other studies, it’s safe to say there’s consensus in the nutrition community that starvation mode is a real phenomenon.

Why Your Body Does It

If we’re honest, the whole concept of adapting to a diet can seem pretty unfair. Why would your body betray you by hanging on to weight you want to lose? The likely explanation is that in terms of evolutionary history, our physical processes simply haven’t caught up to our 21st-century excesses. Due to thousands of years of conditioning, the human body believes that losing weight is always dangerous.

“For the body, this metabolic slowdown is a critical survival response,” says North Carolina-based dietitian Annie Goldsmith, RD, LDN. When faced with something that looks and feels like famine, she says, the body turns on its “thrifty” survival genes and becomes “more efficient at storing fat, presumably to protect against future famines. Really, we are not failing at the diet, we are just doing an excellent job of surviving!”

Fellow dietitian Bonnie Taub-Dix, RDN, creator of BetterThanDieting.com and author of Read It Before You Eat It, confirms: “I have seen this happen with some clients. Even if consuming very little calories, their body just doesn’t shed weight. It thinks they are in trouble and slows down metabolism, blood pressure, and weight loss.”

When Does It Kick In?

If starvation mode is definitely legit — and it appears it is — the question that follows is how long it takes for it to kick in. Will your metabolism grind to a halt after skipping a few meals, or only on a long-term diet?

The journal Obesity Biology and Integrated Physiology offers a ballpark estimate of around two weeks of calorie restriction, but this is not one-size-fits-all. “It varies from person to person,” says Goldsmith. Factors like age, sex, stress, and inflammation may play a part in the timeline of our metabolic slow-down. And, intriguingly, the most influential predictor may be our own dieting history. “We know that the more diet cycles a person has gone through, the more ‘thrifty’ the body will become,” Goldsmith notes. “This is why the first diet is always the most ‘successful,’ and subsequent dieting attempts yield less drastic results, or require a greater caloric deficit to see the same results.”

What It Really Means for Weight Loss

Not all nutrition and health experts are convinced that starvation mode is as detrimental to weight loss as it is made out to be. According to the research department at Weight Watchers, while eating less might slow metabolism down to a degree, a “‘lower than expected’’ rate of weight loss is a lot different than ‘no’ weight loss as the ‘starvation mode’ notion proposes.” In other words, cutting calories does work for weight loss, just not as effectively as you might think.

But others, like Goldsmith, beg to differ. “I don’t advise engaging in weight loss behaviors — ever!” she says. “There is no known way to sustainably lose weight and keep it off long-term for the vast majority of the population.” Instead, she encourages clients to shift their attention from weight to health, focusing on joyful movement, getting enough sleep, reducing stress, and eating mindfully. Taub-Dix sums up this shift, now gaining popularity among nutrition professionals: “The word diet actually means ‘way of life’ — it shouldn’t be defined by deprivation or starvation.”

RELATED: A Beginner’s Guide to Clean Eating: Recipes to Get You Started

Sarah Garone
Sarah Garone is a mom, wife, nutritionist, and freelance writer in Mesa, AZ. She loves music and travel, speaks fluent German, and does a lot of running (to counterbalance the surprising amount of cookies she eats for being a nutritionist). Find her sharing great recipes and helpful nutrition info at A Love Letter to Food.
Healthy Living
Health
Healthy Living Womens Health
More From Health