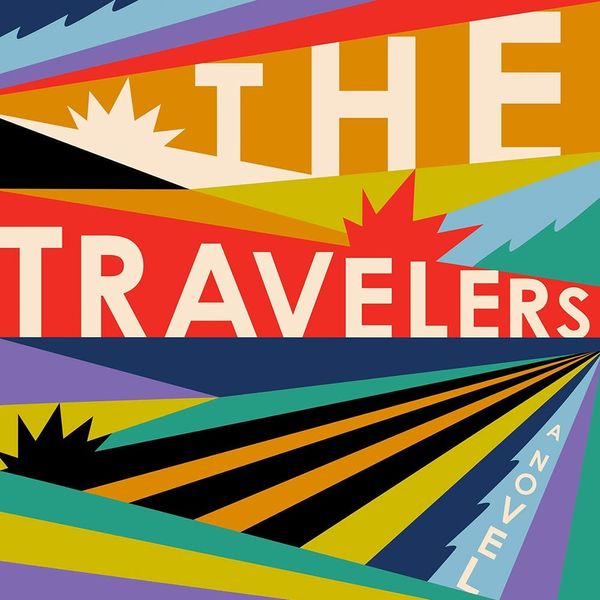 There’s no better time than summer to pull out your carry-on bag and escape to a far-off destination. No matter where you’re headed this summer, these 11 books will make the perfect addition to your packing list as they take readers on adventures to some of the most fascinating places in the world.

Travel back to 1938 Montauk, Long Island in Nicola Harrison’s new summer release. For hopeful mother Beatrice, the arrival of summer means the return of quality time with her husband. But then he decides to spend the season in the city for work, leaving Beatrice to mingle with the high society women of Montauk Manor. Lonely and troubled, Beatrice befriends the manor’s laundress and with her help, begins to take back her life. But everything comes to a head when she meets and falls for a new man who will remind her of what it’s like to truly be loved while simultaneously bringing back memories of a tragedy from her past.

Khai doesn’t know what it truly means to feel emotions–a fact that makes his mother worry for his future. Afraid that her son will never know true love, she travels to Vietnam in search of a woman who can help make Khai’s life complete. During her travels, she meets young mother Esme Tran who dreams of a new start. As Esme moves to the US and gets to know Khai, she can’t help but fall for him despite the fact that he may never be able to love her in return. Helen Hoang’s latest romance novel takes readers to Ho Chi Minh City this summer.

If you’re traveling the globe this summer, The Enlightenment of Bees will make the perfect carry-on read. Mia West thought she had her entire life figured out… until her boyfriend declared that he wanted to take a break. Taking advantage of her new freedom, she embarks on a trip around the world that will teach her about her true purpose in life and the kind of woman she wants to be. By the time she returns to Seattle, she’ll have to make a major decision about her future.

Travel to Hawaii with Christina Lauren’s lively summer romance, The Unhoneymooners. Olive Torres is excited for her sister to get married but can’t stand the fact it means she’ll have to spend time with the best man–her archnemesis–Ethan. But everything changes when she and Ethan are the only two who don’t get food poisoning from the wedding. With the honeymoon up for grabs, the two head off to paradise for a vacation that will have them re-evaluating their feelings for one another.

Grant Ginder’s Honestly, We Meant Well is a family drama set on a dreamy Greek island that will have you immersed from beginning to end. Sue Ellen Wright is doing everything she can to keep her family from falling apart. In an effort to get them back on the right track, she plans a family trip to a Greek island for a month–the same island where she once fell in love with a boy and the ancient Greek culture. As she revisits places from her past, she comes to find that there is hope for her family after all.

If you’re dreaming of traveling to a tropical jungle location, Erica Ferencik’s new release will take you on a thrilling adventure in Bolivia. When Lily Bushwold took a teaching job in Bolivia, she thought it would be the end to her problems at home. But when she loses her job, everything begins to fall apart, leading her to take off on a dangerous quest with local man Omar. Chasing after a dangerous jaguar that killed Omar’s nephew, Lily quickly comes to learn that surviving the isolated jungles of Bolivia will be more difficult than she expected.

The Harmony Resorts promises struggling couples a program to get their marriage back on course but in The Last Resort, two couples are about to learn that there’s a dark side to the retreat that no one knows about. Settling into their picturesque resort on the Mayan Riviera, two couples and their celebrity counselors are shocked when a dangerous tropical storm traps them in the hotel. Now trapped in the hotel and forced to spend all of their time together, secrets are exposed that will have everyone questioning the counseling program and the people who run it.

Regina Porter’s debut novel is a heartfelt read that gives its characters new starts in brand new places around the world. With a cast of unique characters, Porter tells the stories of a well-to-do Manhattan attorney and his son, a soldier headed to Vietnam, a black lesbian in 1970s Berlin and a few other extraordinary personalities. All dealing with their own struggles and trying to make the best lives for themselves, The Travelers is an enticing literary fiction novel that fans of character-driven stories will love.

Katie Cleary has always known that one day she would be the world’s greatest skier. But when a secret about her sister comes to light, her dreams of success are shattered. Running away to Buenos Aires and reinventing herself, she finds a new group of friends and a potential new love interest who make her think this is the escape she was in desperate need of. Although she’s enjoying her new life, Katie quickly comes to realize that as hard as you try, sometimes you can’t escape your past. This twisty women’s fiction novel is the perfect read for a day at the beach this summer.

Nothing takes you away to a different time and place better than a historical fiction novel. Amidst the Civil Rights Movement in Tallahassee, black teen Elwood is doing his best to stay out of trouble for fear of his life. When a small mishap lands him in the Nickel Academy, he quickly learns the grim truth about the juvenile reformatory, causing him to make friends with troublemaker Turner. Trying to stay alive, Elwood and Turner will be forced to make decisions that will shape their lives and the course of history forever.

If you’re dying to hop on a plane to the UK, this new queer romance novel will make the perfect addition to your summer reading list. As the son of the President of the United States, Alex Claremont-Diaz isn’t impressed by the Prince of Wales, Henry. But when the media catches onto the drama between them, it proposes a major scandal for both families. Planning an act of damage control, the two young men pretend to be friends and as they get to know one another, their relationship blossoms into something no one could have expected.
She Reads
Travel
More From Travel