Taking a Hot Bath May Burn As Many Calories As a Run, But There’s Something You Need to Know 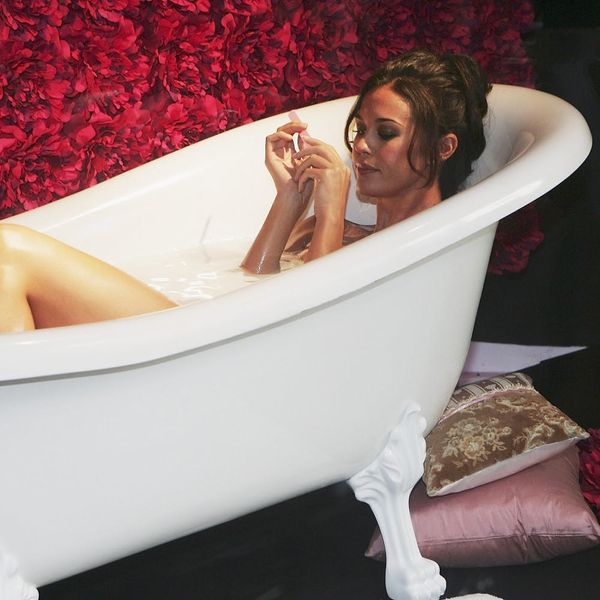 There are plenty of reasons to love running — from the physical advantages to the mental health benefits — but for those who aren’t exactly keen on jogging (or, like, really hate it), we have some good news. Researchers are now claiming that taking a hot bath may burn as many calories as a run. Woo! However, though we really (!!!) want this to be true, there’s one thing that you definitely need to know about.

We were hopeful when Loughborough University’s Dr. Steve Faulkner explained to The Conversation that a hot bath may have similar benefits to exercising, even helping to prevent type two diabetes. By comparing the results of an hour-long soak at 104 degrees Fahrenheit and an hour’s worth of cycling, the researcher found that though the exercise did in fact burn more calories overall, the bath burned as many calories as a 30-minute walk.

The doc also explained, “The overall blood sugar response to both conditions was similar, but peak blood sugar after eating was about 10 percent lower when participants took a hot bath compared with when they exercised.”

But before you trash your running shoes, here’s the thing: When the researchers conducted their study, the sample size was SO SMALL (we’re talking about 14 people in total) that the results could very well be misleading… despite the fact that we desperately want this to be true.

What do you think about the claim that taking a hot bath may burn as many calories as a run? Let us know @BritandCo!

Desiree O
Desirée O is a ‘Professional Bohemian’ who loves anything and everything related to the arts, entertainment, and pop culture. She ADORES being a ‘Newsy’ for Brit + Co, covering all of the latest tidbits of awesomeness that you want to read about. When she’s not writing, she’s either making messy art, going on long adventurous walks with her camera, or poking around over at bohemianizm (http://www.bohemianizm.com/). You can find out about Desirée O and her work at http://DesireeO.com/ or follow her on Twitter @DesireeO.
Health
More From Health