This Is Not a Drill! *NSYNC Is Reuniting This Year 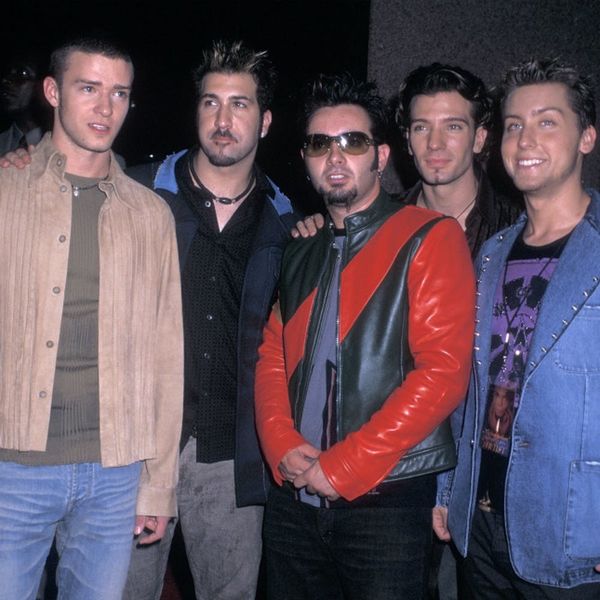 Justin Timberlake has always shied away from discussing whether or not *NSYNC would ever reunite. With the huge success that the Backstreet Boys have had in reuniting recently, we figured that the members of *NSYNC would eventually come around to the idea of reuniting for the fans. The band *sort of* reunited for JC Chasez’ 40th birthday party last year, but it wasn’t quite a musical reunion. They won the MTV Video Vanguard Award in 2013 and teased us, but it still wasn’t a real reunion. Now, we’re getting word from Lance Bass that the band is planning something big for a special anniversary.

In an interview with Entertainment Tonight, Lance Bass admitted that 2017 will be the year of *NSYNC reunions. Coming up this year, the band is getting a star on the Hollywood Walk of fame, and besides reuniting for that appearance, Bass spilled that the guys will be celebrating a major anniversary this year.

“We’re coming out with a really cool vinyl edition of our Christmas album because it’s coming up on the 20 years of that [1998 Home for Christmas] album.” Lance also let fans know that the five guys still talk every single day. Yes. Every day. “We bag on each other all day long. We find pictures on Instagram of us from the ’90s and so we’re always giving it to each other. I mean, those guys are my brothers and so we act like immature brothers all the time.”

Now, we’re hoping for a tour, and maybe JT can sing a few of his solo hits in between all the *NSYNC classics.

What was your favorite boy band growing up? Tell us @BritandCo!

Kat Armstrong
Kat has been a writer, social media maven and mom for longer than she's willing to admit. She's also spent time in front of and behind the camera, interviewing celebs, politicians and acting as a producer for fashion and artistic photography shoots. When she isn't writing for various orgs and publications, she's hanging with her kids, husband and French Bulldog, Peter, in Toronto, Canada.
Nostalgia
Pop Culture
Nostalgia