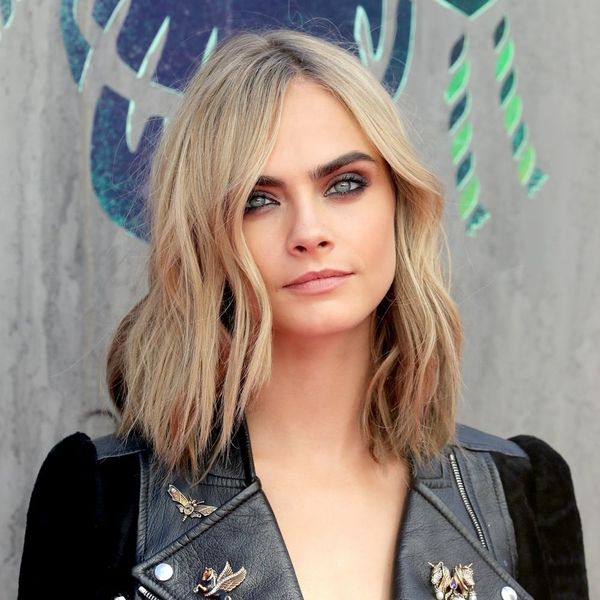 While Miranda Lambert was busy fighting her own war against cyberbullies, model Cara Delevingne (who just got the coolest creepy tat ever) had plenty of help taking down her haters this weekend, from corporate giant Victoria’s Secret.

UK tabloid The Sun recently reported that Cara was one of the model’s axed from this year’s upcoming fashion show (which is already garnering plenty of buzz thanks to leaked photos of an unretouched model with stretch marks) because she was “too bloated” during a 2014 casting call after walking the two previous years. Though the article has since been “legally removed,” the page’s URL alone gives you an idea of the rather unpleasant tidbits previously contained within, reading “Victoria’s Secret blasts Cara Delevingne as fat flat models come under fire.” Lovely!

According to VS’s CMO and the show’s executive producer, Edward Razek, that simply isn’t so, and he wanted to make sure that Cara — along with the rest of the world — knew it.

Penning a letter to her that she subsequently posted to her Instagram page, Edward not only debunks the bloating rumors by saying that Cara was actually the first model invited to walk in the 2014 show in question, thank you very much, but invites her to walk in this year’s show, as well, no casting call required.

Cara, for her part, offered her thoughts on the matter when she captioned the photo as follows: “It’s shameless to discuss women’s bodies just to sell papers,” adding in a cheeky “#bloated” for good measure.

While there’s no word on whether or not she’ll take Edward up on his offer come November 30 (YASSSSSS!!!), it’s nice to see them putting the kibosh on this kind of tabloid fodder once and for all.

Are you impressed with VS’s response? Share with us @BritandCo.

Nicole Briese
Nicole is the weekend editor for Brit + Co who loves bringing you all the latest buzz. When she's not busy typing away into the wee hours, you can usually find her canoodling with her fur babies, rooting around in a bookstore, or rocking out at a concert of some sort (Guns N' Roses forever!). Check out all her latest musings and past work at nicolebjean.com.
Body Positive
Celebrity News
Body Positive Controversy Victoria's Secret