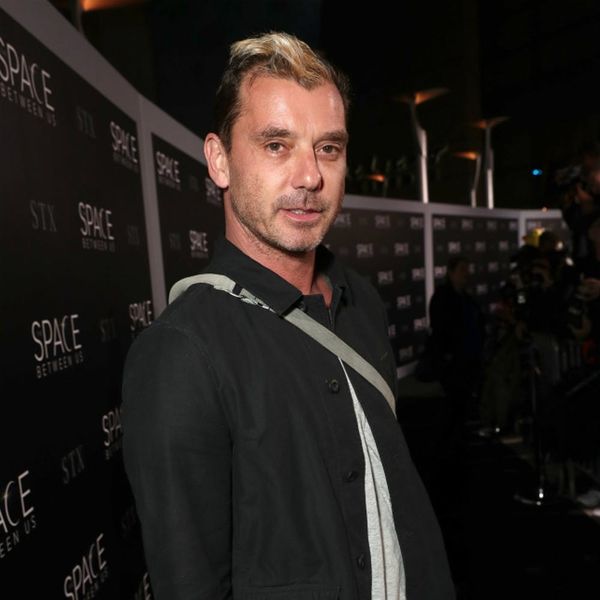 Gwen Stefani has been pretty candid about her split from ex-husband Gavin Rossdale. While rumors flew about infidelity (him), Gwen spilled her heart into her album This Is What the Truth Feels Like, and soon found love with her The Voice costar Blake Shelton thereafter. With gossip mags constantly buzzing about whether or not Gwen and Blake will be tying the knot any time soon, Gavin has remained pretty tight-lipped on the split… until now. And what he finally had to say about their 20-year relationship is pretty heartbreaking.

In an interview with UK’s Fabulous Magazine, Gavin spoke out about how hard the divorce hit him, saying, “Apart from death, I think divorce is one of the hardest, most painful things to go through.” While his ex-wife has found love again, Gavin says that things are still “not good” for him post-divorce. He didn’t expect his nearly 20-year relationship (and 13-year marriage) to end that way, and he’s not yet over the fallout.

Though rumors are persistent that the singer cheated on his wife, which led to their split, it’s heartbreaking to hear how much those actions are still affecting the Voice UK judge (though he does also speak about how grateful he is for the three gorgeous kids that he and Gwen share, and how they make his life better).

Hopefully, Gavin will be able to find some closure now that he’s cleared the air. The co-parenting he and Gwen have been doing even throughout their heartache is great to see, and their love for their kids is clear. While we find it so interesting that he’s now also a judge on The Voice (albeit an international version), we’re sure that just like Gwen, throwing himself into some work will help heal the wounds.

How did you get over your worst breakup ever? Tell us @Britandco!

Kat Armstrong
Kat has been a writer, social media maven and mom for longer than she's willing to admit. She's also spent time in front of and behind the camera, interviewing celebs, politicians and acting as a producer for fashion and artistic photography shoots. When she isn't writing for various orgs and publications, she's hanging with her kids, husband and French Bulldog, Peter, in Toronto, Canada.
Celebrity Breakups
Entertainment
Celebrity Breakups Celebrity Couples love