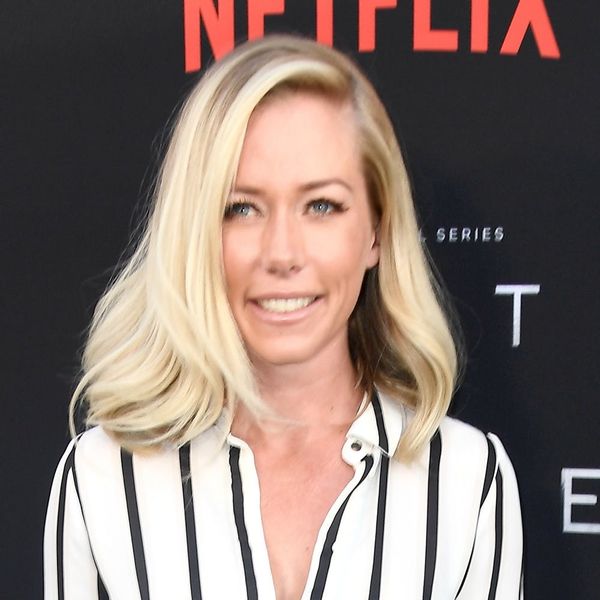 Hollywood is no stranger to the breakup makeover (AKA the breakover), with everyone from Halle Berry to Katy Perry opting for a fresh look after splits from their long-term loves. Kendra Wilkinson Baskett, however, just debuted what might have been the most drastic breakover of all time.

Since 2005, when the author made her debut as one of Hugh Hefner’s girlfriends on the E! hit, The Girls Next Door, she’s been a sunny (usually platinum!) blonde.

But the mommy of two, who recently split from husband of nine years, Hank Baskett, just took to Instagram, however, with a series of photos that showed off a newly shorn and brunette ‘do, the likes of which we’ve never seen from the former Kendra’s on Top star.

Been wanting to experiment like this for a long time n here it is. So excited for this change but I’ll always stay true to my roots. 😜😜 @salonbenjamin @_jafra_ @peloangelo

Gone were her signature flowing flaxen tresses, replaced instead by a chocolate brown mane hitting just under her chin.

“Been wanting to experiment like this for a long time and here it is,” she captioned the post, which showed off the handiwork of colorist Jafra Bryant and hairstylist Angelo at Salon Benjamin in West Hollywood.

Don’t expect her newly darkened locks to tone down her bright personality, however: As she made she to note, she’s “So excited for this change, but I’ll always stay true to my roots.”

What do you think of Kendra’s new look? Sound off over @BritandCo.

Nicole Briese
Nicole is the weekend editor for Brit + Co who loves bringing you all the latest buzz. When she's not busy typing away into the wee hours, you can usually find her canoodling with her fur babies, rooting around in a bookstore, or rocking out at a concert of some sort (Guns N' Roses forever!). Check out all her latest musings and past work at nicolebjean.com.
Celebrities
Hair
Celebrities Celebrity Hair Hair Color Hair Dye