10 Celebrity Breakup Hairstyles That Will Inspire Your Own Makeover 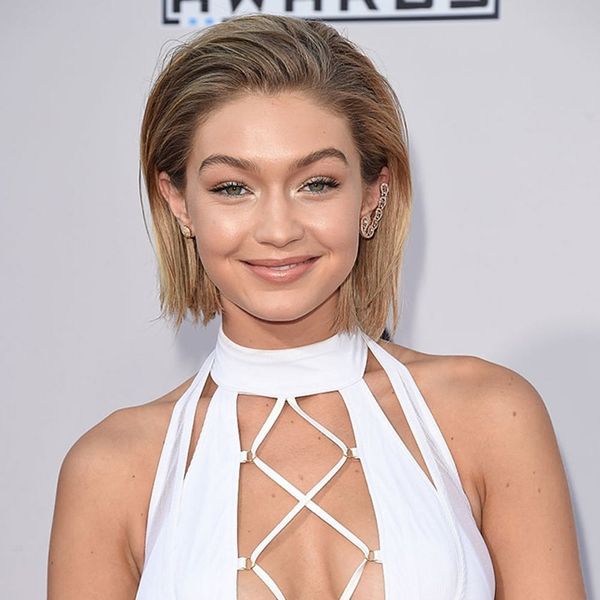 For many of us, summer is basically synonymous with romance. But between Taylor and Calvin calling it quits, Demi and Wilmer’s breakup announcement — and don’t even get us started on the Brexit — it doesn’t seem like summer lovin’ is on anyone’s radar. In the midst of this breakup armageddon, there’s one thing we can count on in the aftermath: breakup makeovers, AKA “breakovers.” From Brittany Spears’s infamous brunette locks to Miranda Lambert’s post breakup mane, celebrities — just like us — are known to embrace a beauty transformation after a relationship ends. So whether you’re currently going through a breakup of your own or you just need a change (we feel you), here are 10 celebrity hair breakovers you need to check out for your own makeover.

1. Olivia Culpo: Miss USA was already perfect as can be, but we were swooning big time over her newly chopped tresses after her breakup with Nick Jonas, where she upgraded her lob to an out-of-this-world bob. Who knew you could completely change your look with just a few snips?

2. Reese Witherspoon: While we were mourning the end of Reese + Ryan, Reese was busy focusing on herself (#yougogirl). Sometime after the breakup, she transformed from America’s sweetheart to a DDG southern belle, with OMG-worthy wispy bangs and chic layered locks. While Witherspoon’s OG look was great, her updated ‘do became infamous — hello, we’re still talking about it now. (Photo via Kevin Winter/Getty)

3. Halle Berry: Back in 2010, Halle Berry was rockin’ long, luscious locks with her then-boo Gabriel Aubry. Then, two months after their split, she debuted her soon-to-be signature hairstyle: the edgy pixie cut. These days, Halle’s wearing her hair long again, but we can’t help but miss her stylish pixie shag. (Photo via Jason Merritt/Getty)

4. Katy Perry: The reason we love Katy Perry so much is because she isn’t afraid to try something new. After her heartbreaking divorce from Russell Brand, she decided to take things into her own hands — err, hair — and dye it a unicorn-approved aquamarine blue. While she may have tried plenty of dyes after this look, we have to say, this might be one of our fave Katy Perry hairstyles to date. (Photo via Frederick M. Brown/Getty)

5. Naya Rivera: Soon after Naya Rivera’s breakup with hip-hop artist Big Sean, the Glee star changed her beach-blonde locks back to their original dark hue. Sometimes after a breakup, it makes sense to go back to the basics, amirite? (Photo via Jason Merritt/Getty)

6. Sarah Hyland: After saying goodbye to her relationship with Matthew Prokop, Sarah entered the single life with a freshly cut bob. This style basically proves that Hyland can rock any hairstyle and always look DDG. (Photo via Jason Merritt/Getty)

7. Gwen Stefani: While it was hard to witness Gwen Stefani end her 13-year marriage with Gavin Rossdale, we were happy to see her get back to her punk-rock roots with a new color-block ‘do. The No Doubt singer is officially the coolest mom in town. (Photo via Larry Busacca/Getty)

9. Joe Jonas: Ladies aren’t the only ones who get post-breakup makeovers. Joe Jonas dipped his hair into the breakover pool by dyeing his locks with ocean-inspired hues. (Photo via Jason Merritt/Getty)

10. Gigi Hadid: It’s hard to talk about Joe and not bring up Gigi, right? While Hadid claims this ‘do was a wig, her newly short locks — debuted after her breakup with the singer — are clearly worth mentioning. Sorry, Joe, but we think Gigi won this makeover war. (Photo via Jason Merritt/Getty)

What do you think about these breakover ‘dos? Follow us on Pinterest for more fab hairstyle ideas!

Raven Ishak
Raven is a Florida native who recently moved to New York City to pursue her dreams. You will always find her taking an unhealthy amount of photos for her Instagram, obsessively tracking the latest coffee shops and restaurants, and watching movies with her boyfriend.
Celebrity Breakups
Hair
Celebrity Breakups Celebrity Hair
More From Hair