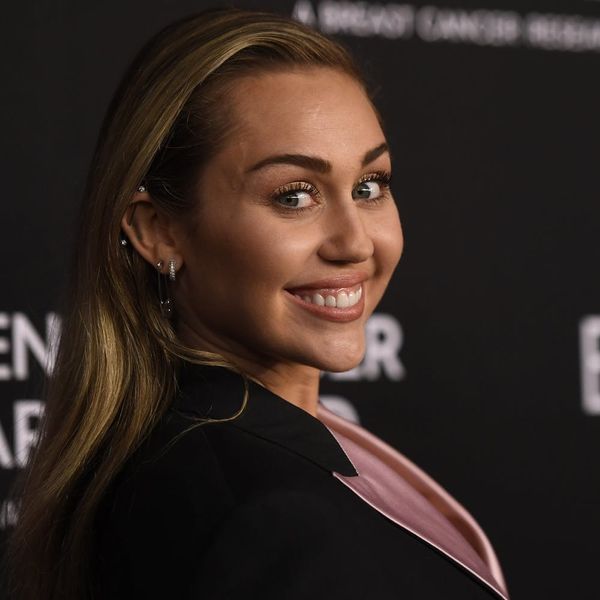 The 50th (!) anniversary of the original Woodstock music festival is coming up this summer. To celebrate the milestone, a whole new Woodstock festival is in the works with a 2019 lineup that might make you do a double-take. Miley Cyrus, Halsey, Imagine Dragons, and Jay-Z are only some of the big names on board.

The fest is set to take place in Watkins Glen, New York, on August 16, 17, and 18, ending a busy summer festival season on a pop-filled note.

The Killers, Miley Cyrus, Santana, the Lumineers, and Jack White’s the Raconteurs will headline the first day of the three-day festival on Friday, August 16.

On Saturday the 17th, Dead & Company (made up of former Grateful Dead members) will take the top billing along with Chance the Rapper, the Black Keys, and country superstar Sturgill Simpson.

Closing out the festival on Sunday, August 18 will be Beyoncé’s husband Jay-Z, Imagine Dragons, Halsey, and UK-via-Kentucky rockers Cage the Elephant.

“We’ve lined up artists who won’t just entertain but will remind the world that music has the power to bring people together, to heal, to move us to action and to tell the stories of a generation,” said Michael Lang, the co-founder and producer of both the 1969 and 2019 Woodstock festivals. “Our hope is that today, just as in 1969, music will be the constant that can inspire positive change.”

Shortly after the lineup announcement, headliner Cyrus took to social media to celebrate the start of festival season, sharing a photo of her sunning topless in the desert. “I’m queer, and ready to party!” she wrote. “Lets go summer 2019!” In another post, she added that she was excited to play night one of the festival so that she could have “the whole rest of the weekend to RAGE!”

Reactions to the lineup, which spans genres and generations, were mixed following the announcement. “The Woodstock 50 lineup looks like it was curated by someone who’s only exposure to music has been through the Grammy’s Best Rock Performance category between 2010-2013,” one person tweeted.

Another music fan said the lineup looked “more like a TMZ expo than a genuine rerun of Woodstock,” while others seemed excited, with one person saying the festival looked “very Coachella-ish, but, slightly better.”

The original Woodstock took place in New York’s Catskills mountains over the same weekend in 1969, and iconic performances from Janis Joplin, The Who, Jimi Hendrix, and Sly and the Family Stone turned the “three days of peace and music” into a cultural milestone.

Other artists set to take the stage at the 50th anniversary celebration include Common, Vince Staples, Greta Van Fleet, Courtney Barnett, Boygenius, Janelle Monáe, Brandi Carlile, and many more. Tickets go on sale on April 22, and more info as well as the full lineup can be found on the festival’s website.