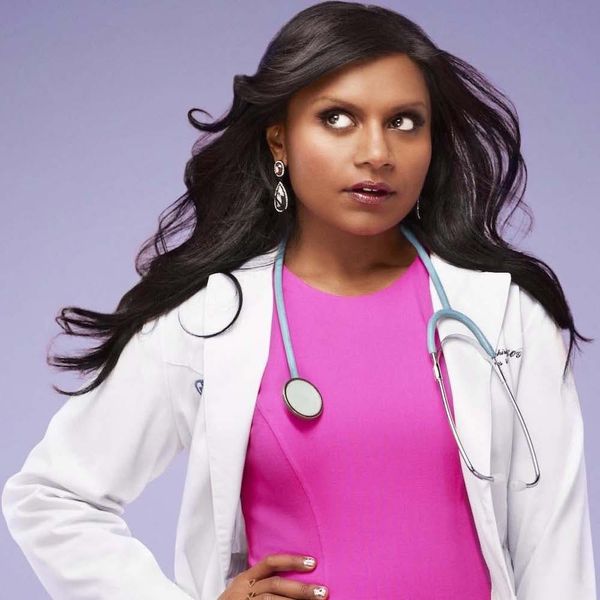 In the same way that Mindy Kaling’s eponymous character loves rom-coms, we love The Mindy Project. The show’s never-ending love triangles, hilarious gags and all-too-relatable moments keep us tuning in faithfully. But after this week’s season finale, you might feel a bit empty inside. Where are you supposed to get your fill of hilarious fumbling-through-life scenarios? Have no fear: We’ve put together a list of five more shows that should satisfy your Mindy addiction.

One of Mindy’s main struggles is figuring out how to juggle family, relationships and a successful career (preach, girl). If that constant juggling is what made you tune in to Mindy every week, check out Up All Night, starring the always-funny Christina Applegate and Will Arnett. Applegate plays a career woman, while Arnett is a stay-at-home dad. Maya Rudolph also stars as the hysterical best friend, so that alone makes it worth a watch. You can stream it on NBC and Amazon. (Photo via NBC)

Many of us spend most of our time at the office, so it only makes sense that workplace comedies resonate deeply with us. Replace Mindy’s OB/GYN practice with a retro diner and you’ve got 2 Broke Girls. The show follows two very different employees who quickly become BFFs and motivate each other to take on the world. You can watch it now on Amazon, CBS and TBS. (Photo via Warner Bros)

Mindy is always setting goals for herself — it’s one of the qualities we admire most about her character. She has that in common with Trophy Wife’s Kate, a former party girl-turned-mother figure, when she falls in love with a man who has three children. The show follows her as she tries out her new role and new relationships. You can get it on Amazon. (Photo via ABC)

If there’s one thing The Mindy Project has in spades, it’s love triangle TENSION. This very funny comedy explores what happens after the breakup of a couple that held together a group of friends. It’s painfully funny and true, and available on Hulu and Amazon. (Photo via ABC)

IF YOU LIKE LADIES FIGURING LIFE OUT, WATCH JANE THE VIRGIN

Mindy Lahiri would probably say that life throws some surprises your way, and Jane of Jane the Virgin would definitely agree. Jane is a virgin who becomes pregnant when she is mistakenly artificially inseminated. (Just watch it.) The satirical show follows Jane as she bumbles through her complicated life — and, of course, love life. Duh. You can stream it on Netflix, Hulu and Amazon. (Photo via The CW)

What other shows are you trying to replace? Let us know @BritandCo!

Cailey Rizzo
Cailey is a junkie for all things pop culture. She studied journalism and English literature at SUNY Purchase, then continued studying French cinema and literature at Paris IV Sorbonne. She currently lives in New York where she can often be found singing '70s music at karaoke bars.
Netflix
Streaming
Netflix Streaming