Halsey Just Donated $100,000 to Planned Parenthood Because of This Tweet 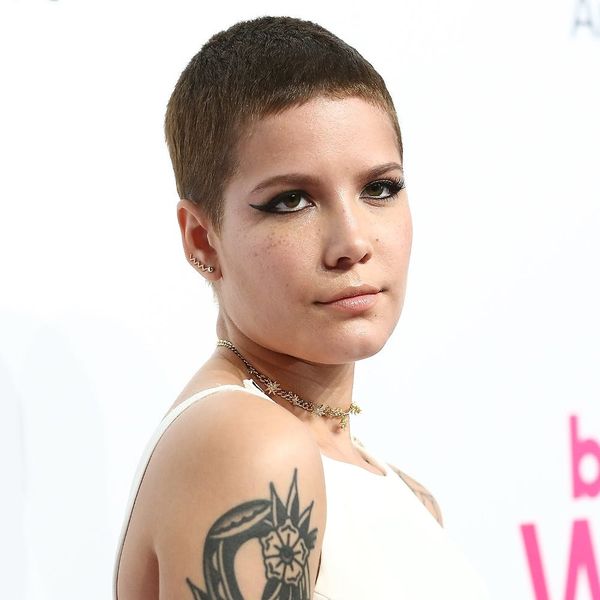 Halsey may have faced her fair share of struggles recently, including her battle with the excruciating pain of endometriosis, but instead of backing down, she’s decided to keep fighting by supporting other women across the country. After taking part in the Women’s March on Washington Saturday with Evan Rachel Wood, she’s announced that she’s donating an incredible $100,000 to Planned Parenthood, setting an awesome example for other celebs and her fans alike.

Planned Parenthood, which provides healthcare to people nationwide (including critical reproductive health care), has seen a surge of support lately in the wake of fears that the important org will loose funding under Donald Trump’s administration — including thousands that have been donated in Mike Pence’s name and the whopping $10,000 coming from the woke AF Katy Perry.

in the next 5 hours each RT = $1 donation by me to @PPact. Please read & share on why PP is important for all women. @CecileRichards pic.twitter.com/PEfwIecZ1N

This time around, the charitable sitch included Halsey’s fans, as on the 21st, Halsey tweeted, “in the next 5 hours each RT = $1 donation by me to @PPact. Please read & share on why PP is important for all women. @CecileRichards.”

It didn’t take long at all to achieve that impressive goal, and by the next day, Halsey sent out another message saying, “In my last tweet I pledged to donate 1$ for every RT up to $100k to @PPact & you guys hit it! $100,000! Thank you for sharing and supporting”

Wowza! Talk about the power of social media. Way to go, Halsey!

What do you think about Halsey donating $100,000 to Planned Parenthood? Tweet us @BritandCo!

Desiree O
Desirée O is a ‘Professional Bohemian’ who loves anything and everything related to the arts, entertainment, and pop culture. She ADORES being a ‘Newsy’ for Brit + Co, covering all of the latest tidbits of awesomeness that you want to read about. When she’s not writing, she’s either making messy art, going on long adventurous walks with her camera, or poking around over at bohemianizm (http://www.bohemianizm.com/). You can find out about Desirée O and her work at http://DesireeO.com/ or follow her on Twitter @DesireeO.
social media
Entertainment
social media twitter Womens Health
More From Entertainment