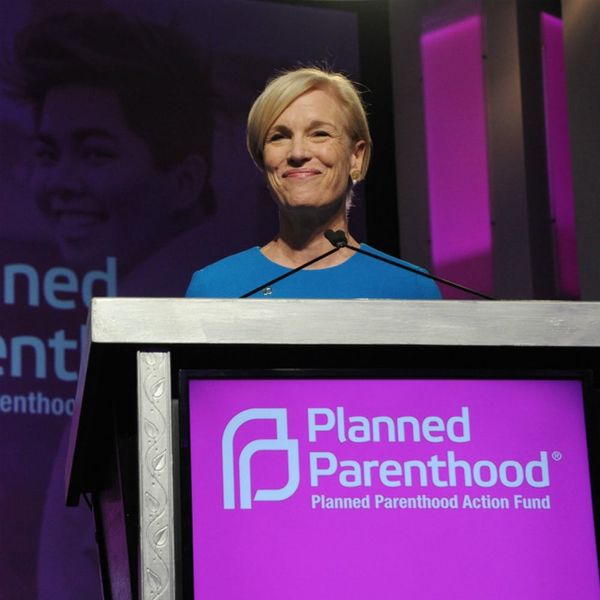 Donald Trump hasn’t even taken office yet, but many of the GOP’s pretty terrible ideas are already underway. Speaker of the House Paul Ryan announced yesterday that he would work very hard to force a bill through the Senate in order to defund Planned Parenthood once and for all. While Texas has already taken measures to defund the women’s health organization, and defunding the organization federally seems to be next, we need to ensure that we continue to stand with Planned Parenthood outside of donating to them in Mike Pence’s name.

In a Facebook Live chat immediately following Paul Ryan’s announcement (in which he claims that the org could be defunded as early as February), Planned Parenthood Action Fund President Cecile Richards addressed what is on everyone’s mind regarding the health organization while moderating a conversation with Director of Legislative Affairs Jaqueline Ayers and Deputy National Organizing Director Kelly Robinson. During the chat, the three fielded questions from live viewers and discussed what the org needs in order to survive this mind boggling announcement.

During the broadcast, the women warned that we should all ensure we have as much health care as possible, because in defunding Planned Parenthood, the GOP also will repeal Obamacare, meaning millions of Americans will be without any health care coverage. And that, using the words of President-Elect Trump is, “a disaster.”

While it’s true that Planned Parenthood does provide services for women in and around terminating pregnancies, that’s only about three percent of what they do — the organization also provides free health care for over 2.5 million Americans who just can’t get coverage elsewhere. They provide cancer screenings, medical advice, women’s wellness checks and care for babies. Without either Planned Parenthood or Obamacare, millions of low income women and their children will suffer. This is why it is so important that we continue to #StandwithPlannedParenthood today.

In closing their chat, the women reminded us that we can actively get involved by texting “Stand With PP” to 22422 in order to get more information on rallies, how and where to donate and how else to get involved. You can also get all that information by heading over to istandwpp.org.

Regardless of whether you are conservative or liberal, it’s time that we put those partisan politics aside in order to protect women’s health via Planned Parenthood, because even if you don’t need it now, you might need their services in the future.

How are you continuing to support Planned Parenthood? Tell us @BritandCo!