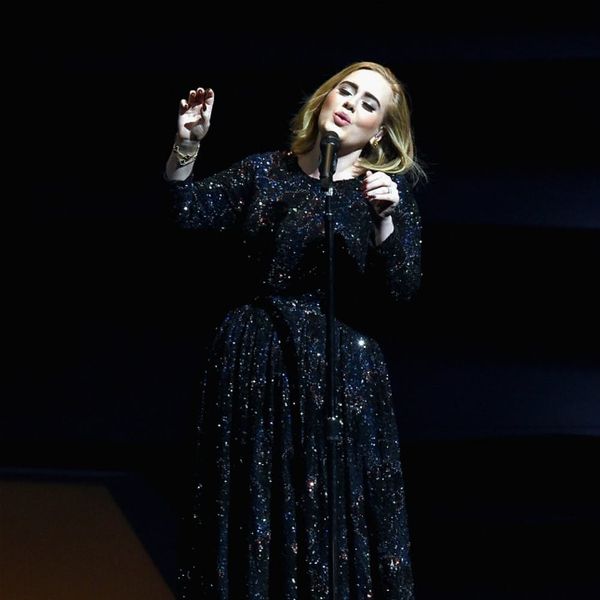 Adele has been slaying around the world during her recent tour promoting her album 25. When she isn’t telling hilarious jokes, talking about Brangelina or bringing fans up on stage to greet the crowds, she’s been showering fans with little confetti-sized love notes featuring lyrics from all her hits.

At last night’s show in Nashville, TN, however, Adele was the one showered with notes from none other than her long-term partner (and baby daddy) Simon Konecki. The couple have been notoriously private about their five-year relationship, with the singer occasionally dropping little bits of info onto her fans. Last night’s love notes were a surprise to the singer and included “Happy Anniversary!,” “You are an angel,” and “I Love You.” Fans were able to collect these one-time notes, along with the others that poured out during the concert.

At the show, Adele also mentioned that she wants to have another baby, telling fans, “My womb is starting to ache a little bit. It’s like, ‘Baby, baby, baby. Need a baby, need a baby,'” she said, adding, “I’m not pregnant. I won’t get pregnant until the end of the tour.”

We can’t wait to see what Simon’s going to pull out for the couple’s 10th anniversary, but he’ll definitely have to try and top this showstopper!

What’s the best anniversary gift you ever received? Tell us @BritandCo!