This Is How Adele REALLY Feels About Brangelina’s Split 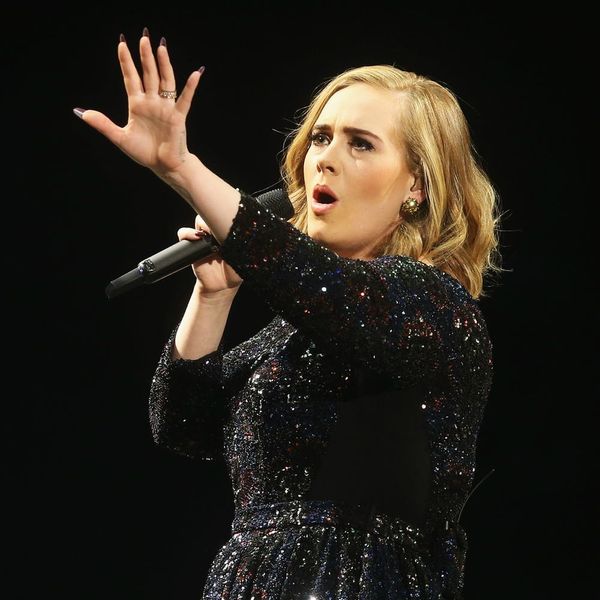 While the rest of the world (celebs included) is busy FREAKING out that Brangelina is no more, there’s one famous face in particular who couldn’t care less — despite what you may have read/heard to the contrary.

In a bout of British humor that apparently went right over everyone’s heads, fans were abuzz after Adele recently took to the stage in NYC to dedicate her entire show to the former lovebirds. Now, she’s here to set the record straight that, uh, guys? She was kidding.

The songstress openly expressed her feelings on the matter mid-concert, as Ben Bell captured in the Twitter video below.

During show tonight @Adele says she was joking during her last show and doesn't care #brangelina broke up pic.twitter.com/YOdKCkLoow

Telling the crowd that she thinks “it’s a bit sick that you’re reporting on an absolute joke,” Adele makes it good and clear that she did not mean the dedication literally. “I don’t care if they’ve broken up. I couldn’t give a f*cking sh*t,” she says. Dang! Tell ’em how you REALLY feel, bb!

“It made me out, like I was like heartbroken, like ‘ohmygod, I dedicated…'” she trailed off. “I don’t care! I don’t know them. It didn’t work out. Break up if it doesn’t work out, that’s what I always do!” (Touché!)

That’s not to say she bears them any ill will: “I wish them the best, but I don’t care… It’s ridiculous, what’s going on in the world, and that’s front-page news…MOVING ON…”

Though Adele did concede that perhaps she was partly to blame for the misunderstanding, (“I know I tell a lot of jokes, and maybe my delivery’s not always spot on… I’m not an actual comedienne, so my timing isn’t always great“), she decidedly did NOT go home post-show to sob over a movie signaling the end of love (“What should I watch? I’ll watch Sid and Nancy,” she joked).

Hey, it might not be the most romantic of views, but at least we know we can always count on Adele to keep it real!

Are you surprised by Adele’s Brangelina 180? Share over @BritandCo.

Nicole Briese
Nicole is the weekend editor for Brit + Co who loves bringing you all the latest buzz. When she's not busy typing away into the wee hours, you can usually find her canoodling with her fur babies, rooting around in a bookstore, or rocking out at a concert of some sort (Guns N' Roses forever!). Check out all her latest musings and past work at nicolebjean.com.
Celebrity Breakups
Celebrity News
Celebrity Breakups
More From Celebrity News