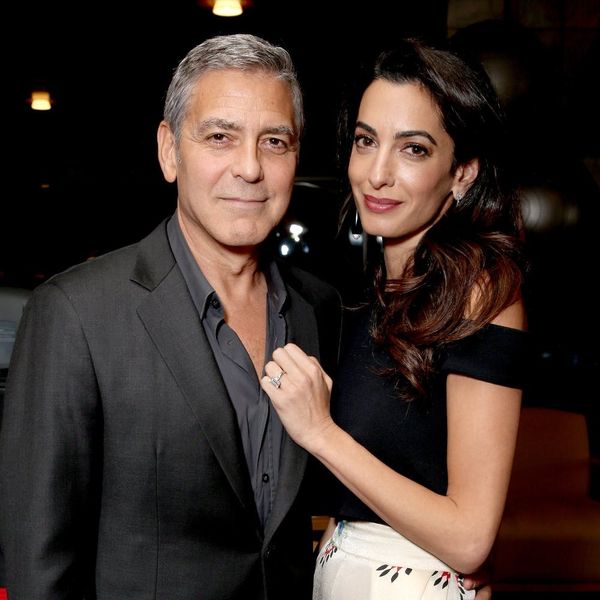 UPDATE (February 9, 3:25PM EST): On Thursday’s episode of The Talk, host Julie Chen said that she confirmed WITH George Clooney that he and wife Amal are indeed expecting twins in June.

An unnamed source has confirmed this due date to Us Weekly today. More details to come!

EARLIER: The surprises just keep on coming from the stars today! First, Felicia Day shocked us by letting fans in on the fact that she’s not only pregnant, but due in just three weeks. Then, Adele and her bae popped up wearing wedding bands, sparking serious marriage speculation. Now, we’re not only totally blown away by the news that Amal and George Clooney are reportedly expecting, but we’re also squee-ing over the fact that it’s apparently twins on the way.

Though the duo has yet to confirm the fact that a baby or two are on the way, Lebanon’s Daily Star claims that a family friend has let the news slip. 37-year-old Amal, who is a prominent human-rights lawyer, and 54-year-old George married back in 2014 during a lavish Italian wedding. These days, they live in a historic mansion in England, which is surely where they’ll be welcoming their little bundles of joy.

As classically chic as she is, we can’t wait to see Amal’s maternity style and two little Clooneys toddling around the red carpet.