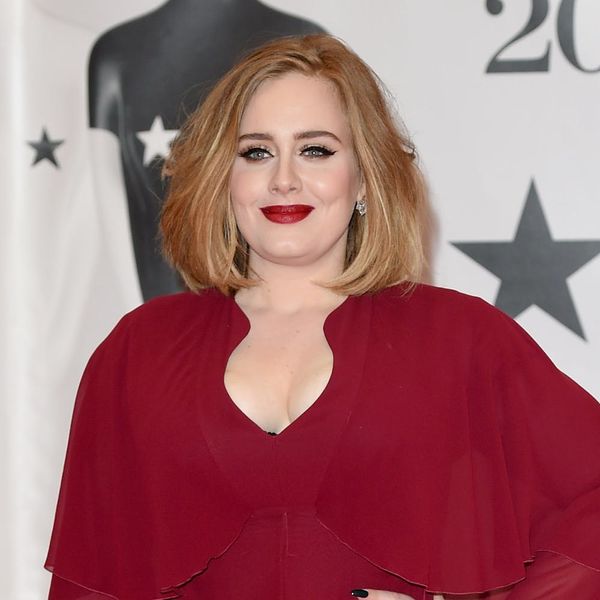 Today is absolutely filled with celeb surprises! First, Felicia Day blew us away by announcing that she’s pregnant and due in just three weeks (whoa!), and now it looks like Adele may have a secret to share. After news started buzzing that she was engaged just as her tour ended and she announced that she’d be taking a significant amount of time off to spend with her family, it now looks like she may already be married!

Though folks first started speculating that a wedding may have happened when Adele was spotted wearing a ring on that finger, there really wasn’t anything else to confirm their thoughts. But that was then, and now another ring has popped up.

i think adele and simon really married. simon didn't have the ring. but he's got a ring now😍 pic.twitter.com/JeFWFXbl74

That’s right, both Adele and Simon have been spotted wearing gold bands on their ring finger which, according to fans, means one thing: Adele and Simon secretly got married! Eee!

Together for five years now (having originally met through mutual friend, Ed Sheeran), the two share a four-year-old son, Angelo. Back in November 2015, Adele talked of Simon to Australia’s 60 Minutes, saying, “Being in such an amazing relationship with someone that’s so there for me and so loyal and is really part of my core now, that’s what made me write about everything I’ve ever done, because I’ve got his love. I know that sounds a bit like I’m trying to write a Hollywood movie, but it’s only because of him and because of our kid and stuff that I’m alright.”

How long were you with your partner before tying the knot? Tweet us @BritandCo!