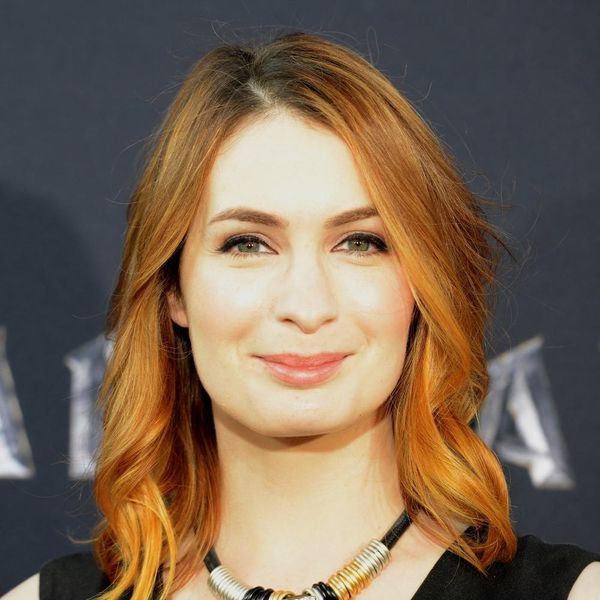 Talk about knowing how to keep a secret! Felicia Day just revealed that she’s pregnant… and due in three weeks! Wha?! That’s right, the Supernatural actress and web series creator let fans in on the fact that she’s very preggo and expecting her little bundle of joy to show up very soon.

Taking to Twitter to share the big news, 37-year-old Felicia posted a pic of herself with one heck of a bare baby bump, adding the message, “She’s coming in about three weeks so I guess I should announce this and stuff.” That’s right, it’s a girl!

She's coming in about three weeks so I guess I should announce this and stuff. pic.twitter.com/OCZw2CoHvr

If you’re curious, Felicia isn’t married and isn’t connected with any particular partner, so we’re not sure if there’s another parent in the picture or if she’s going the single mama route. And considering she took this long just to let us in on the fact that she’s preggo, it probably means we won’t be getting any further deets until the news of the baby’s arrival comes.

Either way, we can’t wait for the little one to show up so we can find out if she inherits Felicia’s gorgeous red mane.

How long did you wait to tell folks that you were pregnant? Tweet us @BritandCo!

Desiree O
Desirée O is a ‘Professional Bohemian’ who loves anything and everything related to the arts, entertainment, and pop culture. She ADORES being a ‘Newsy’ for Brit + Co, covering all of the latest tidbits of awesomeness that you want to read about. When she’s not writing, she’s either making messy art, going on long adventurous walks with her camera, or poking around over at bohemianizm (http://www.bohemianizm.com/). You can find out about Desirée O and her work at http://DesireeO.com/ or follow her on Twitter @DesireeO.
Celebrity Baby
Most Recent
Celebrity Baby