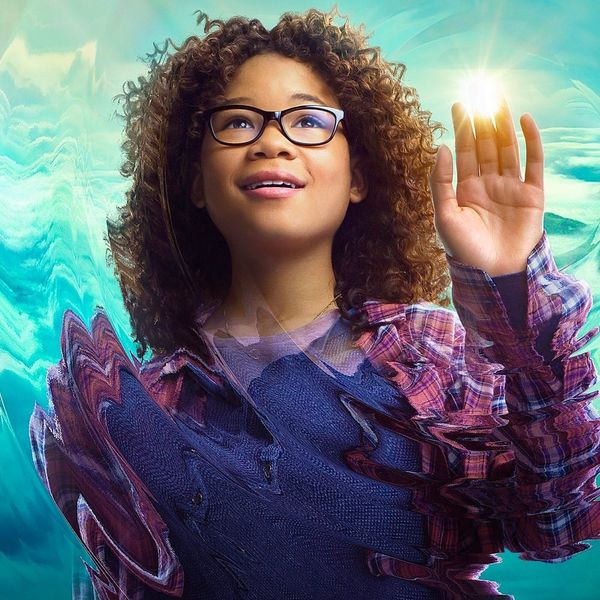 The tagline for Disney’s A Wrinkle in Time adaptation is simple: “Be a warrior.” After Oprah Winfrey’s Mrs. Which proclaims these powerful words in the sci-fi fantasy’s trailer, a young heroine (played by 14-year-old powerhouse Storm Reid) embarks on a harrowing adventure that tests her courage and spirit in a fight of good versus evil. To ensure all kids have access to that inspiring message, AMC Theatres and Colors of Change announced Friday that they will provide free tickets to underprivileged children when the film premieres nationwide March 9.

“The Wrinkle in Time story is one that children from all backgrounds and walks of life can identify with and draw inspiration from,” AMC’s vice president of special content, Nikkole Denson-Randolph, said in a statement. “We are thrilled to celebrate this film in a meaningful way.”

The national movie theater chain and the online racial justice organization are calling the initiative, which encourages individual and group benefactors to purchase and donate tickets, “Give a Child the Universe.” Once the donations are received, Color of Change says they will distribute tickets to children in need through their network of local partners, schools, and community-based organizations.

“Color of Change believes in the power of images and supports those working to change the rules in Hollywood so that inclusive, empathetic, and human portrayals of Black people and people of color are prominent on the screen,” added Rashad Robinson, executive director of Color Of Change. “From Selma to now A Wrinkle In Time, [director] Ava DuVernay has set out to change the rules in Hollywood for people of color and women. By casting a black teenage actress Storm Reid as the heroine at the center of this story, the filmmakers and the studio send a powerful message to millions of young people who will see someone like them embracing their individuality and strength to save the world. We are pleased to partner with AMC to ensure that as many young people as possible, regardless of economic and financial hardships, can see this groundbreaking film.”

DuVernay, who, last year, became the first Black woman to be nominated for a Best Documentary Feature Academy Award with her groundbreaking documentary 13th, is an inspiration in her own right. When Disney hired her in early 2016 to direct the adaptation of Madeleine L’Engle’s award-winning 1962 novel, she also became the first woman of color to helm a $100 million-budgeted movie.

The campaign to increase accessibility to the film, which also stars Reese Witherspoon, Zach Galifianakis, Chris Pine, Gugu Mbatha-Raw, and Mindy Kaling, follows in the footsteps of several other grassroots initiatives to promote inspirational films to underrepresented communities. Celebrities including Octavia Spencer, Kendrick Lamar, and T.I. announced plans to help thousands of people see Marvel’s Black Panther for free, and the #BlackPantherChallenge, launched by New York-based philanthropist Frederick Joseph, raised over $400,000 for the same purpose. And earlier this week, Taylor Richardson, a Jacksonville, Florida, teen, made headlines for starting a GoFundMe page that raised more than $20,000 to send girls to see A Wrinkle In Time.

“I wanted all girls, especially girls of color, to know they can be whatever they want to be when they grow up and also can struggle and have flaws and still be successful in life,” 14-year-old Richardson said on Wednesday’sGood Morning America. “It shows young, Black girls deserving a chance to be a part of the sci-fi cultural canon … a fantasy film that is not about some white boys fighting evil, but about a Black girl overcoming it.”

What was your favorite movie when you were a kid? Tell us @BritandCo!