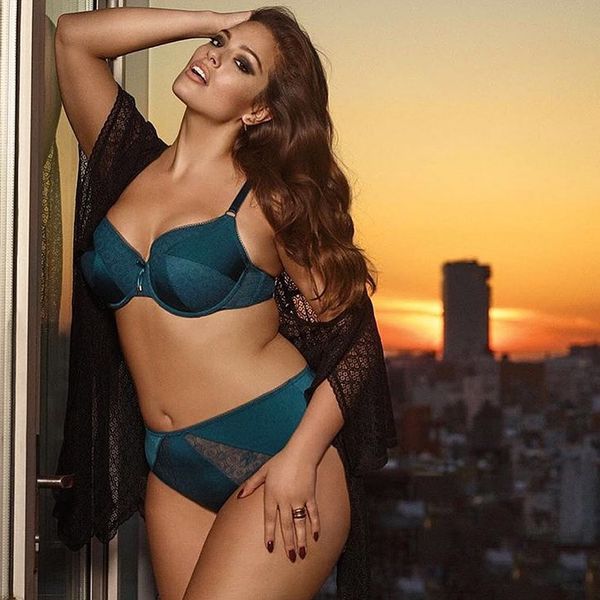 2015 has been a big year for model Ashley Graham. She was the first plus-size woman to be featured in Sports Illustrated’s Swimsuit Edition and was also one of the six models who participated in Lane Bryant’s body positive #ImNoAngel campaign. Oh ya, she also gave a totally kick-ass TED talk about loving your body. Now Graham is continuing to make her mark in the fashion realm with the recent launch of her first-ever lingerie line, Modern Boudoir.

The plus-size line is in collaboration with retailer Addition Elle and consists of 11 pieces – and let us be the first to say, these aren’t the kind of undergarments that are practical but also not cute. In a video about the new line, Graham says that support was a major priority when designing the pieces, but she also wanted everything to be super sexy. She explains, “The inspiration behind this fall’s collection has a lot to do with Fifty Shades of Grey, bondage, very geometric, lace with a lot of mesh overlay. It’s a different feel besides the flowery lace that you’re used to seeing.”

The collection, set to be sold in Nordstrom starting in August and available now on Addition Elle, consists of four bras, four panties, two chemises and one kimono. Apologies to our bank accounts, but it’s looking like we’re going to need one of everything.

Which piece from Ashley’s collection is your favorite? Share with us in the comments below.

(Photos via @theashleygraham and Addition Elle)