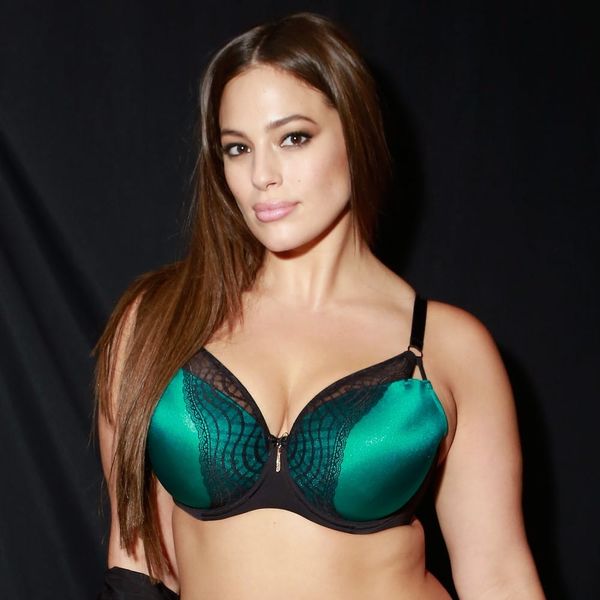 The Victoria’s Secret Fashion Show happened over the weekend, and while there was no shortage of glitz, glam, and lingerie — something was noticeably absent on the runway: plus-size models. Never fear, however, as Ashley Graham proves, yet again, that she’s the body positive hero we all need.

The 30-year-old bombshell made a sly jab at the iconic show for their lack of body size diversity when she posted a photo of herself on Instagram in some seriously sexy lingerie with a pair of feathery, glittery angel wings. “Got my wings! 🦋💐🌈😜 …my #AdditionElle wings! #thickthighssavelives.” While our hearts skipped a beat upon seeing the photos, it’s kind of a bummer Graham isn’t actually in the show.

Fans are taking the image as Graham making a statement to the ubiquitous underwear brand — which, despite the culturally shifting norms in beauty standards — continues to cast models who have are impossibly thin and have bodies unlike your average VS consumer.

One fan commented on Graham’s photo, begging the lingerie brand to“PLEASE diversify the runway ASAP to include the spectrum of beauty across all shapes and sizes!!” The Sports Illustrated veteran has announced in the past that she would walk in the annual lingerie show, if invited.

We’re happy to see that Victoria’s Secret has recently added a notable number of diverse models, including women rocking their natural hair (a departure from the cookie-cutter flowing locks of runway’s past.) Here’s to hoping we start seeing Angels in a broader array of sizes too.

What do you think about Ashley Graham’s subtle call out? Tweet us @BritandCo!