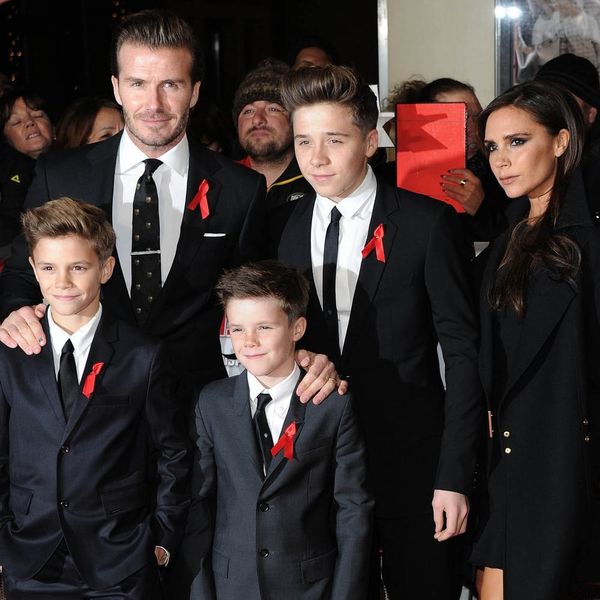 Just when we didn’t think it was possible to love the Beckhams even more, they go and prove us wrong beyond belief. The gang of six, who’ve been the source of our family inspo for years, just upped the ante even further by recreating the roles from one of our favorite TV shows: Modern Family.

While visiting the set of the long-running ABC hit, Victoria, David, Brooklyn, Romeo, Harper, Cruz, and a pal got into character as Claire, Phil, and their offspring (plus a few), and the results were absolutely hilarious.

Mama Beckham posted a very similar (though slightly different) photo to her own page, declaring, “Dunphys are out, the Beckhams moved in. The new modern family!”

Alas, it was only in jest: As Ferguson later clarified in his post, the snap wasn’t a promo for any upcoming appearances. “The family was only visiting the set, not shooting an episode,” he explained. Womp, womp. He did offer some consolation, however, by adding, “Although I think David could be Lily’s new soccer coach.”

What TV family would you pose as? Tell us over @BritandCo.

Nicole Briese
Nicole is the weekend editor for Brit + Co who loves bringing you all the latest buzz. When she's not busy typing away into the wee hours, you can usually find her canoodling with her fur babies, rooting around in a bookstore, or rocking out at a concert of some sort (Guns N' Roses forever!). Check out all her latest musings and past work at nicolebjean.com.
Family
Celebrity News
Family
More From Celebrity News