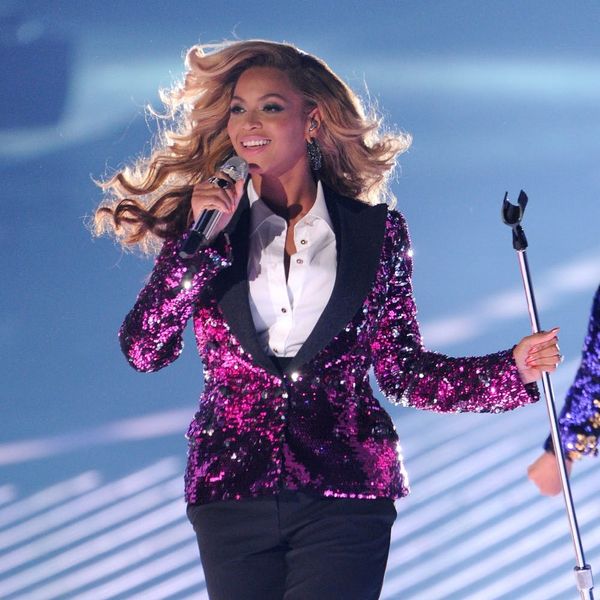 Beyoncé’s announcement that she’s expecting twins is even more exciting than the earlier news that she’s one of the headliners of this year’s Coachella festival. Seriously, Queen Bey is set to save 2017 single-handedly (well, with the help of two new little babies, of course). But now that these events are coinciding, we have to wonder if Beyoncé’s pregnancy will affect her Coachella performance. Here’s how it may go down, according to the singer herself.

Beyoncé has definitely proved in the past that she’s more than capable of dominating the stage in her epic style while pregnant, but that doesn’t mean it’s easy. According to Us back in 2011, while being interviewed onstage at NYC’s Roseland Ballroom, the soon-to-be mama-of-three explained, “When you’re pregnant, it’s a little bit harder to breathe, so it was hard doing all the choreography and singing at the same time.”

Considering the fact that she’s carrying twins this time around, we can’t see how that wouldn’t add some extra difficulties to a performance as massive as headlining Coachella.

Hopefully Bey, who’s definitely known for her over-the-top amazing act, will be able to somehow balance a great show while not pushing herself (and the babies) too far.

Or, to put it another way, let’s hope it’s less like this…

Do you think Beyoncé’s pregnancy (with twins, no less) will affect her Coachella performance? Tweet us @BritandCo!

Desiree O
Desirée O is a ‘Professional Bohemian’ who loves anything and everything related to the arts, entertainment, and pop culture. She ADORES being a ‘Newsy’ for Brit + Co, covering all of the latest tidbits of awesomeness that you want to read about. When she’s not writing, she’s either making messy art, going on long adventurous walks with her camera, or poking around over at bohemianizm (http://www.bohemianizm.com/). You can find out about Desirée O and her work at http://DesireeO.com/ or follow her on Twitter @DesireeO.
Beyonce
Celebrity News
Beyonce Celebrity Baby Coachella
More From Celebrity News