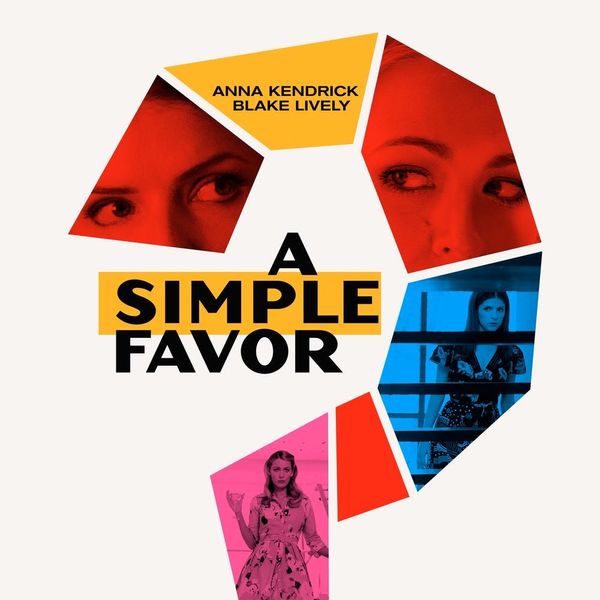 Just hours after wiping her entire Instagram account clean and leaving a cryptic message, Blake Lively has returned to the photo-sharing platform to share a trailer for her upcoming movie A Simple Favor.

The film, which costars Anna Kendrick and was directed by Paul Feig (who also helmed Bridesmaids and the Ghostbusters remake), is about a mom blogger (Kendrick) who seeks to uncover the seemingly dark secret life her best friend Emily (Lively) was living before she disappeared.

“I do consider Emily my best friend. She’s this wonderful, elegant person,” Kendrick’s character, Stephanie, says in the trailer. “Everybody has a dark side. Some of us are better at hiding it than others.”

Stephanie’s voiceover continues amid quick glimpses of car crashes, police sirens, and a handgun — and the suspenseful reveal of Emily smiling while wearing a disguise. “Five days ago, Emily went missing,” she says. “I’m realizing I don’t know her as well as I thought I did. Emily, if you’re out there, we’re all really worried.”

A Simple Favor was adapted from the thriller novel of the same name by author Darcey Bell.

Besides the movie trailer post, Lively hasn’t changed anything else about her purged Instagram account — her profile picture remains blank, and she is still only following women named Emily Nelson, the name of her character in the movie. And while the social media mystery may be solved, the trailer promises that the real riddle is just about to begin! A Simple Favor will be in theaters on September 14.

What did you think of the A Simple Favor trailer? Let us know @BritandCo!