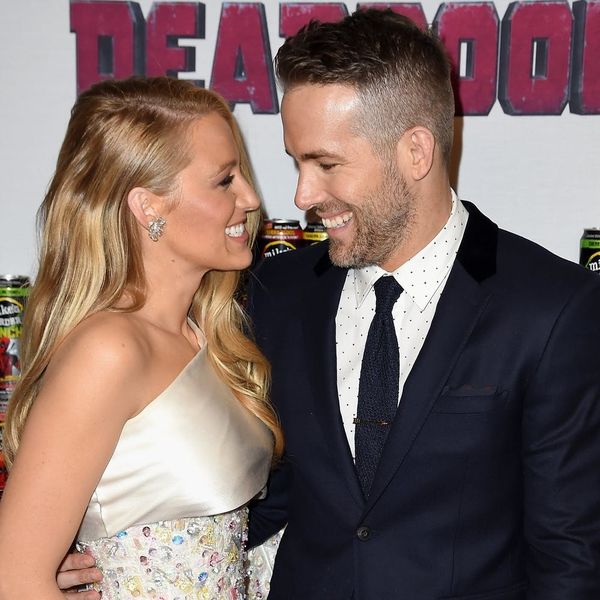 Blake Lively just proved (again) why she and Ryan Reynolds are one of our favorite Hollywood couples. In honor of Reynolds’ 41st birthday on Monday, October 23, Lively celebrated with a hilarious Instagram post that wasn’t just the perfect troll job — it was also the perfect revenge.

The All I See Is You actress posted a picture of her husband and Ryan Gosling — the two famous Canadian Ryans! — and almost entirely cropped out the Deadpool actor, leaving Gosling front and center. “Happy Birthday, baby,” Lively wrote. Dead.

She totally stepped up the game: Two months ago, Reynolds did the same thing to his wife for her birthday, cropping her out of a photo of them at the Met Gala and writing, “Happy Birthday to my amazing wife.”

Happy Birthday to my amazing wife.

Can you even with these two?

Earlier on his birthday, Reynolds took to Twitter to share his plans to celebrate, and naturally, it was full of his trademark humor.

“My kids tried to surprise me for my birthday this morning,” he wrote. “I totally heard them coming and snuck out to start a new life somewhere else.”

Reynolds has said in the past that he clears all of his kids-related material with Lively before tweeting, so we can’t help but wonder what she thought of her husband’s escape plan. Both seem pretty game for a joke, though — and we can’t get enough of it.

What did you think of Blake Lively’s perfect birthday troll? Let us know @BritandCo!