6 Celebrity Children Who Are Making a Difference 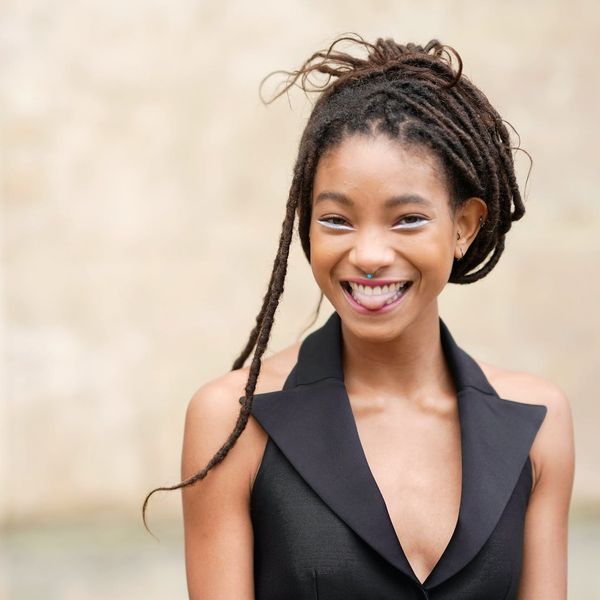 Sometimes it can seem like the children of celebrities only make news when the news is bad — think underage partying, hookups, or run-ins with the law. But there are plenty of celebrity offspring using their means to create change for a better world. Here are six celebrity kids making a difference.

Kaia Gerber: Model Kaia Gerber doesn't just look like her mother, Cindy Crawford; she's been following in her footsteps both on and off the runway. As Crawford has spent her post-supermodel years supporting charities that are important to her, that philanthropic spirit has clearly rubbed off on Gerber. In 2015, the mother-daughter duo headed down to Peru to support Orbis, a global charity that fights avoidable blindness through education, eye care support, and a mobile eye surgery unit. The visit was made into a documentary, The Hospital in the Sky, in which the then-13-year-old Gerber can be seen handing out Orbis teddy bears to families and young patients awaiting surgery.

Since then, Gerber has helped to raise money for the Little Star Foundation and was tapped (along with other models) to raise funds for the BBC's Children in Need charity. (Photo via Vittorio Zunino Celotto/Getty Images)

Alexa Ray Joel: The daughter of model Christie Brinkley and legendary singer Billy Joel, singer Alexa Ray Joel can be spotted on concert stages at charity events just as readily as at festivals.

In 2014, she performed at a gala for Big Brothers Big Sisters NYC, singing her dad's hit Just the Way You Are to the crowd. More recently, she rocked the crowd at the 16th annual Red Dress Awards. The event, hosted by Women's Day Magazine, honors advocates and organizations in the fight against women's heart disease, the leading cause of death among American women.

Willow Smith: Willow Smith, daughter of actors Will and Jada Pinkett Smith, isn't just a budding style icon and performer in her own right. For the past decade, the Red Table Talk co-host has been using her influence as a famous kid to raise money for charity.

In the wake of Hurricane Maria in 2017, Puerto Rico fell into a humanitarian crisis. Smith, along with her brother Jaden (and their famous parents), set up an online auction to raise money for the Caribbean Disaster Emergency Management Agency. And before that, in 2009, Smith and her brother joined Hasbro's PROJECT ZAMBI, supporting children in Zambia who were orphaned due to the AIDS epidemic. The then-nine-year-old Willow lent her signature to a PROJECT ZAMBI stuffed elephant, which was auctioned off on eBay. (Photo by Edward Berthelot/Getty Images)

Paris Jackson: As pop royalty Paris Jackson has come to recognition as a fixture of young Hollywood, the starlet hasn't wasted any time putting her energies behind organizations that make a difference. When she was only 19, Jackson was named an ambassador for the Elizabeth Taylor AIDS Foundation. In an op-ed for Teen Vogue, the budding activist wrote of her decision to partner with the organization: "We are the ones shaping the world for future generations, and we have the opportunity to fight for the rights of people my age to access quality education and health care, and for our right to be included in conversations and decisions regarding our own well-being."

She went on to write, "We're demanding transformation, and we must do our absolute best to challenge and change the system in which we live; we must participate in demonstrations and continue to create movements like #NoDAPL, March for Our Lives, and #MeToo, because our lives literally depend on it." (Photo by Jamie McCarthy/Getty Images)

Jaden Smith: Willow isn't the only Smith kid making moves to change the world. Did you know that Jaden Smith co-owns a company called JUST Water that sells sustainably sourced water in easy-to-recycle boxes (as opposed to wasteful plastic bottles)?

The water sourced by JUST comes from Glens Falls, New York. JUST not only boxes water from the community, but has invested in the town's economic infrastructure by making Glens Falls the center of its laboratory and bottling operations. It's a big deal for the southern Adirondack town, which, like many other communities in the region, faces challenges in growing an adequate job market without compromising environmental impact.

JUST also developed a mobile water filtration system the company calls "The Water Box." The Water Box system helps reduce lead and other contaminants found in tainted water supplies as in Flint, Michigan — where the company has donated thousands of cartons of its water. (Photo by Pascal LeSegretain/Getty Images)

Kat Armstrong
Kat has been a writer, social media maven and mom for longer than she's willing to admit. She's also spent time in front of and behind the camera, interviewing celebs, politicians and acting as a producer for fashion and artistic photography shoots. When she isn't writing for various orgs and publications, she's hanging with her kids, husband and French Bulldog, Peter, in Toronto, Canada.
Celebrity
Empowerment
Celebrity Activism
More From Empowerment