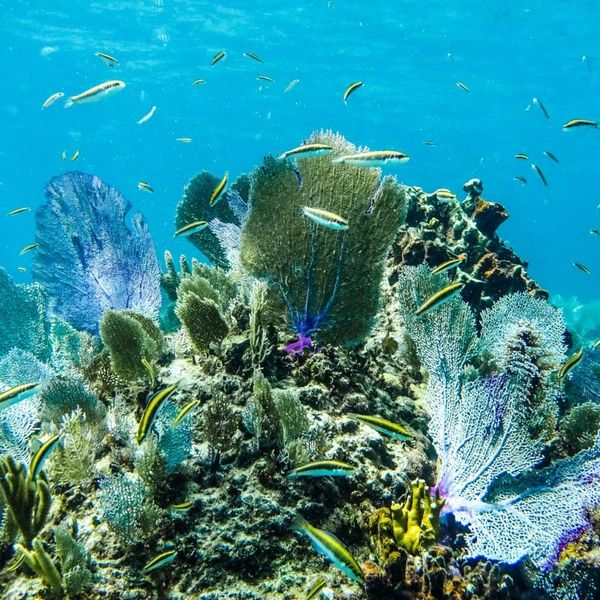 In search of some good vibrations this winter to escape the shorter days, colder nights, and drastically diminishing returns from cuffing season? If the conch-tastic idyll of the Caribbean is the first region that comes to mind, you’re not alone. We’ve all heard of Aruba and Jamaica, but why not take your besties to a lesser-known (and equally blissful) spot on the Caribbean Sea? We’re all about getting into that tropical spirit, from hiking the tropical mountains of Saba (an island without a single beach) to luxuriating at the first-ever five-star resort in Dominica. The best part of the entire adventure? Your vacation will be helping communities that, in the wake of last year's hurricanes, appreciate your support as a traveler more than ever. The Caribbean spirit perseveres, and many of these destinations have emerged stronger than before; there's never been a better time to discover that for yourself.

What’s your dream destination in the Caribbean? Let us know @BritandCo.

What’s your dream destination in the Caribbean? Let us know @BritandCo.

Katherine Parker-Magyar
Katherine is a freelance writer focusing on travel, culture, lifestyle, and politics. Her work has appeared in The Week, Tasting Table, Elite Daily, POPSUGAR, and Electrify, among other publications. She's traveled to all 50 states and 40 countries, but calls New York City home. Follow along on Instagram at @katherineparkermagyar or visit her website at www.katherineparkermagyar.com.
inspiration
Travel
inspiration Vacation Winter