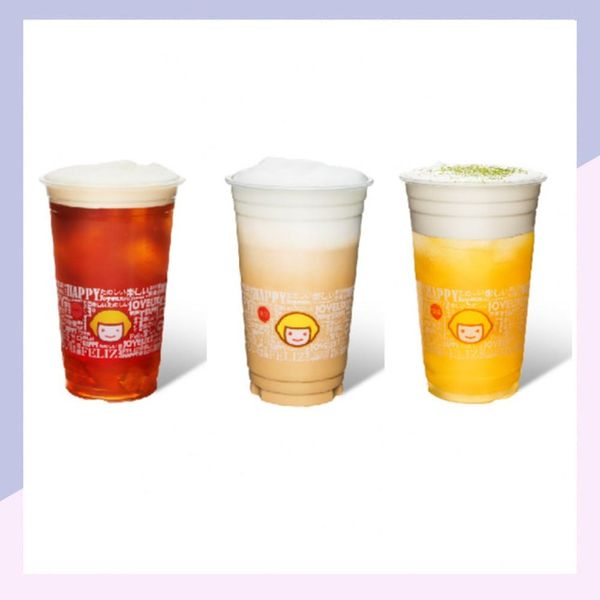 If you’re a cheese fan and a tea drinker, you might wanna listen up. Cheese tea (nope, that’s not a typo) is coming stateside after blowing up in Asia a few months ago. And trust us, if it becomes half as popular here then prepare to wait in line for hours to snag this stuff a la the Cronut craze.

While this unlikely mashup does include actual cheese, it’s not the chewy mozz you’re probably envisioning. Instead, the bev features a froth made from *cream cheese* and condensed milk — a cream cheese cappuccino of sorts, but with jasmine green tea or black tea instead of coffee. The froth is generally about an inch thick and can be adjusted for sweet and salty palettes. With all of the customizable flavor aspects, we’d venture to say that this tea goes with virtually anything.

Although this trendy tea originated overseas, you won’t have to hop on a plane to snag one anymore, thanks to tea chain Happy Lemon, which will sell their version of cheese tea (“milk tea with salted cheese”) in locations across New Jersey, Boston, and LA. You might want to get on this trend asap — if its popularity in Asia is any indication, it won’t be long before the cheese tea craze sweeps the states!

Would you try cheese tea? Let us know @BritandCo!