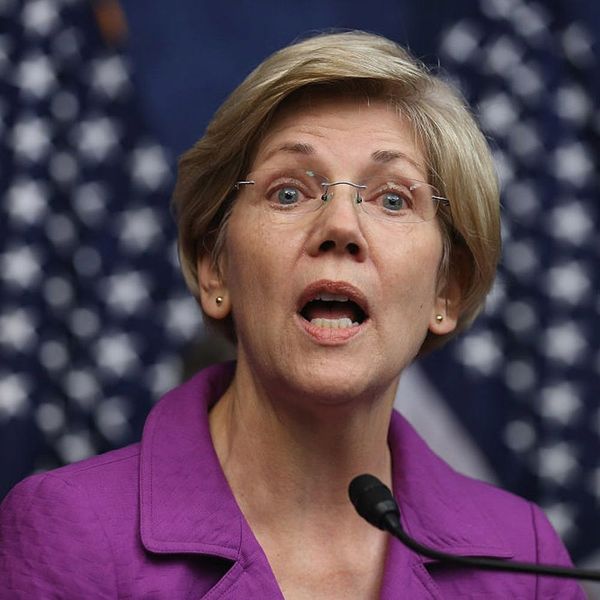 “We are encouraged by this dialogue and understanding that being a Cherokee Nation tribal citizen is rooted in centuries of culture and laws not through DNA tests,” Cherokee Nation spokesperson Julie Hubbard said in a statement to The Intercept. “We are encouraged by her action and hope that the slurs and mockery of tribal citizens and Indian history and heritage will now come to an end.”

For the last several years, President Donald Trump has used racist rhetoric to mock Warren’s assertion that she is part Cherokee, most notably by calling her “Pocahontas.” In an attempt to silence the president, Warren had her DNA tested, and in October of last year she presented the findings: that, genetically speaking, she does, in fact, have Cherokee ancestry. But tribal leaders have questioned her use of DNA test results to prove her point, noting that genetic markers alone don’t make you part of a tribe.

“A DNA test is useless to determine tribal citizenship,” Cherokee Nation Secretary of State Chuck Hoskin Jr. said shortly after Warren released her results. “Current DNA tests do not even distinguish whether a person’s ancestors were indigenous to North or South America. Sovereign tribal nations set their own legal requirements for citizenship, and while DNA tests can be used to determine lineage, such as paternity to an individual, it is not evidence for tribal affiliation.”

Hoskin continued: “Using a DNA test to lay claim to any connection to the Cherokee Nation or any tribal nation, even vaguely, is inappropriate and wrong. It makes a mockery out of DNA tests and its legitimate uses while also dishonoring legitimate tribal governments and their citizens, whose ancestors are well documented and whose heritage is proven. Senator Warren is undermining tribal interests with her continued claims of tribal heritage.”

The New York Times notes that Warren’s apology follows “repeated calls for her to apologize from tribal leaders, political operatives, and her own advisers, who said her October decision to take the DNA test gave undue credence to the controversial claim that race could be determined by blood — and politically, played into President Trump’s hands.”

Though it took nearly four months for Warren to issue this apology, she seems to have taken associated feedback to heart. Shortly after announcing her decision to work toward a presidential bid, Warren met with a group of people in Sioux City, Iowa, where she was questioned about the DNA test.