Elizabeth Warren Is Starting 2019 By Officially Exploring a Presidential Bid 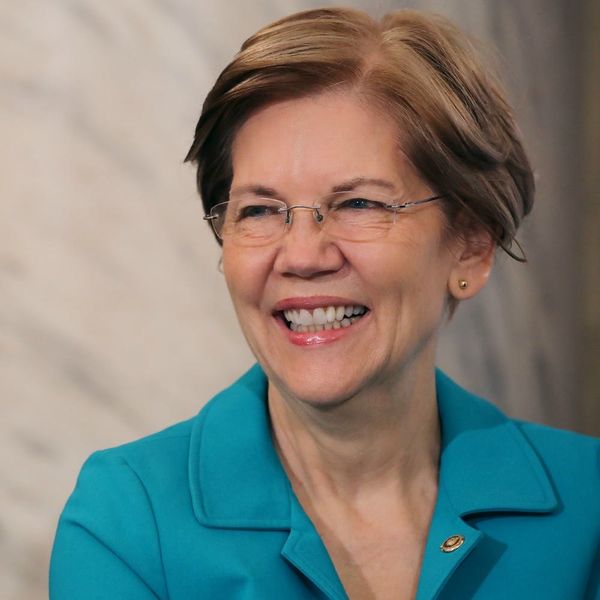 Although we have another 13 months before the Iowa caucus kicks off the official 2020 election cycle, Democratic Senator Elizabeth Warren announced on Monday morning that she was forming an exploratory committee for a presidential bid. This makes Warren the first high profile Democrat to announce any intent to pursue the party’s nomination.

In a four-and-a-half minute video, Warren says that she’s been spurred to explore the nomination in order to give American families the same opportunities she had growing up in Oklahoma, and to help fight the inequities faced by millions of Americans.

“Working families today face a lot tougher path than my family did,” she says. “Families of color face a path that is steeper and rockier, a path made even harder by the impact of generations of discrimination.” But, Warren says, she’s spent her career trying to figure out why our systems aren’t working, and that she has ideas on how to resolve them.

She continues: “I’ve spent my career getting to the bottom of why America’s promise works for some families but others who work just as hard slip through the cracks into disaster, and what I’ve found is terrifying: These aren’t cracks that families are falling into, they’re traps. America’s middle class is under attack. How did we get here? Billionaires and big corporations decided they wanted more of the pie and they enlisted politicians to cut them a fatter slice.”

Warren’s announcement also points a finger squarely at President Trump and the Republican party, accusing the current administration of greed and corruption while ignoring price gouging from insurance companies, banks, and other corporations.

“Today, corruption is poisoning our democracy,” she says. “Our government’s supposed to work for all of us. But instead, it’s become a tool for the wealthy and well connected. The whole scam is propped up by an echo chamber of fear and hate, designed to distract and divide us. People who will do or say anything to hang on to power point the finger at anyone who looks, thinks, prays, or loves differently than they do.”

Taking a page from the Democratic Socialist playbook, Warren goes on to say that we can rebuild our democracy by building for everyone — no matter where we live, or where our families came from. “Most of us want the same thing,” she explains. “To be able to work hard, play by the same set of rules, and take care of the people we love. That’s the America I’m fighting for.”

According to CNN, after Warren’s Senate reelection last month, she began calling grassroots leaders in first caucus states like Iowa and New Hampshire to explore interest and plan for early campaigning. Warren’s announcement to build her exploratory committee means she can begin fundraising for a bid. Warren has previously said she would never campaign with funding from a Super PAC, so grassroots organizing will be a major part of her campaign (not unlike Alexandria Ocasio-Cortez, who fundraised the bulk of her campaign on smaller donations).

Although Warren isn’t the first to announce an exploratory committee (Democrats John Delaney and Julián Castro have already made similar announcements), she’s the first of several expected high profile senators to do so. The Democratic primary looks to be a crowded one with pundits expecting bid announcements from Senators Bernie Sanders, Kamala Harris, Cory Booker, and Amy Klobuchar.