No, Elizabeth Warren: DNA Testing Can’t Tell You Who You Are, and Here’s Why 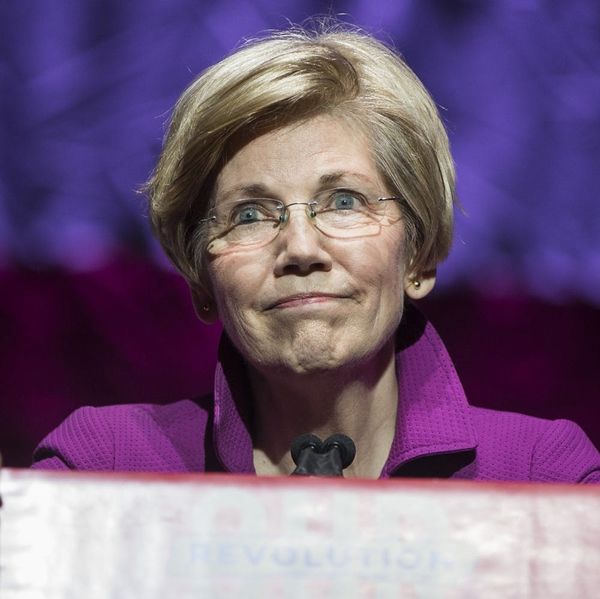 At-home DNA testing is in the spotlight again this week as Senator Elizabeth Warren and President Donald Trump continue duking it out over whether or not Warren can claim Cherokee heritage. Warren has long claimed that she has a Cherokee ancestor, an assertion which Trump has used to leverage racist attacks against not only Warren but Native Americans in general. This week, Warren proffered results from a DNA test that showed genetic markers that indicate she likely had a relative many generations back who was indigenous — though even Warren acknowledges that this doesn’t actually make her a Native American.

The racial implications here are important.

In Warren’s specific case, she cannot claim to be Native American because she is not recognized as a member of any Native tribe. As University of Connecticut geneticist Dr. Deborah Bolnick told Forbes of Warren’s DNA test: “Identity and belonging are shaped by a person’s social connections and lived experiences, as well as by the legal and political contexts that define tribal membership. DNA and one’s genetic heritage do not determine who we are or what groups we are affiliated with. Identity and belonging are socially, politically, legally, and culturally determined. A DNA test does not tell us anything about those things, and thus should not be seen as resolving this debate. DNA doesn’t have that power.”

But what about people who are not seeking to prove to the president that they have an indigenous ancestor? After all, most people who order at-home kits from companies like 23andMe and Ancestry.com, which tests and analyzes DNA from saliva samples provided by customers, are probably just curious to answer questions like, “Where do I come from?” and “Who am I, really?”

The desire to learn or understand more about who we are by looking to our past (even the distant past) is understandable. University of Kansas geneticist and anthropologist (and author of the Forbes article) Jennifer Raff tells Brit + Co, “the vast majority of Americans are motivated [to take DNA tests] by a fascination with their own family histories and what those family histories might mean in terms of shaping who they perceive themselves to be, and perhaps their desires for their children.”

Raff says she understands why people take these tests, and she doesn’t criticize anyone who goes for it. But Raff stresses that there are many problems with how these tests are marketed and consumed.

While most people who take these tests do so in search of answers about who they are, where they come from, and often, to extrapolate information about their race and ancestral lineage, what these tests actually reveal is totally unrelated to matters of identity.

According to Raff, “These tests can tell us where people in the world with whom we share ancestry live today. That doesn’t mean the same thing as where our ancestors come from, and it certainly doesn’t mean it’s who we are.” She further explains that because people in most regions of the world have migrated a huge amount over time, DNA tests such as 23andMe can’t tell a person where they’re from.

“Your geological ancestors are not the same as your genetic ancestors,” Raff tells us.

So, while at-home DNA tests can tell customers a little bit about themselves, there are major limitations.

Take, for example, a recent partnership between Ancestry.com’s DNA test and Spotify, wherein Spotify offers clients customized playlists based on their ancestral DNA results. In this case, Ancestry.com is not only indicating that their tests can tell a person who they are, but also what pop cultural touchstones might be relevant to them, all based on genetic markers that can’t even necessarily tell you where your ancestors once lived. It sounds like a fun game, but the logic is also eerily reductive.

Simply put: A person’s race and culture is not determined by genetics and thus cannot be detected in or explained by genetic tests. Race is socially and legally constructed, not dictated by DNA. Any attempts to blur that line should make anyone leery. The idea that DNA can tell us something about race is a very harmful concept, rooted in one of the ugliest facets of US history: the eugenics movement.

Raff puts DNA tests in the same line of testing as craniology (also called phrenology), a thoroughly debunked and racist pseudoscience that suggests different races have different skull sizes and shapes. This practice was used to discriminate against Black people, indigenous people, Irish people, and more in the Victorian era. Skull size and shape is a completely arbitrary feature that cannot say anything about a person’s race, but Raff says that “people are trying to do the same thing about genetic variation.”

She also notes that at-home DNA testing is popular among Neo-Nazis who are hoping to demonstrate their so-called “racial purity” and promote racist ideology. Other researchers have expressed concern that white people in general are misinterpreting the results of their at-home DNA tests.

The consequences of selling and buying the idea that race and ancestry can be determined by tests that compare genetic markers of the population in contemporary nations are already playing out, and it’s something Raff says she’s concerned about.

“I’m not exactly sure what the consequences will be,” Raff tells us, “but… if you look at the history of racial thought in American and the attempts to use biological data to support racial categories, that leads us down some really ugly paths that I think we should pay attention to. We need to be mindful of them. History can teach us for the future.”

Elizabeth King
Elizabeth King is a politics, history, and culture writer based in the Twin Cities. She is generally pretty cranky but still enjoys traveling, music from the early 2000's, and plotting the resistance. Feel free to say hi on Twitter at @ekingc or check out some of her work at www.elizabethcking.com.
Controversy
Current Events
Controversy Inclusivity Politics
More From Current Events