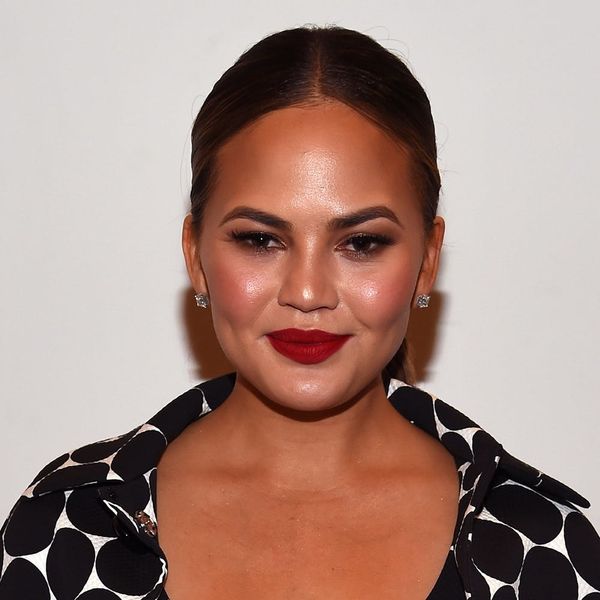 Chrissy Teigen has had a bumpy relationship with social media for a while now — threatening to quit social media altogether, dealing with breastfeeding controversy and sparking blender wars, just to name a few. Regularly sharing pics of her fab life and adorable family via Instagram and posting sometimes funny, sometimes quirky, always on-point observations on Twitter have made her a fave to follow. But now, it looks like Chrissy has had enough of the “bad sh*t,” as she’s locked her Twitter account saying she’s just “not strong enough anymore.”

Switching her Twitter account to private late Tuesday night, the 30-year-old model and mama to adorable little Luna replied to a fan asking about her new status, saying, “Yeah. Not strong enough anymore.”

She clarified that it’s not the trolls that have her down, but the negative vibe in general. “It’s not haters or trolls or generally mean people. I just feel like I’m absorbing bad s**t 24/7. My body and mind cannot handle it anymore.”

Fair enough. We’ll just have to hope that this is a temp step back to refresh and shake off the bad vibes and not a total public withdrawal from social media, because we just don’t want to have to do without Chrissy’s crisp quips and sweet pics of baby Luna. Why? Well, because…

I have dreamed of this day!

Do you take a break from the negative social media vibe on occasion? Tweet us @BritandCo!

Desiree O
Desirée O is a ‘Professional Bohemian’ who loves anything and everything related to the arts, entertainment, and pop culture. She ADORES being a ‘Newsy’ for Brit + Co, covering all of the latest tidbits of awesomeness that you want to read about. When she’s not writing, she’s either making messy art, going on long adventurous walks with her camera, or poking around over at bohemianizm (http://www.bohemianizm.com/). You can find out about Desirée O and her work at http://DesireeO.com/ or follow her on Twitter @DesireeO.
twitter
Celebrity News
twitter