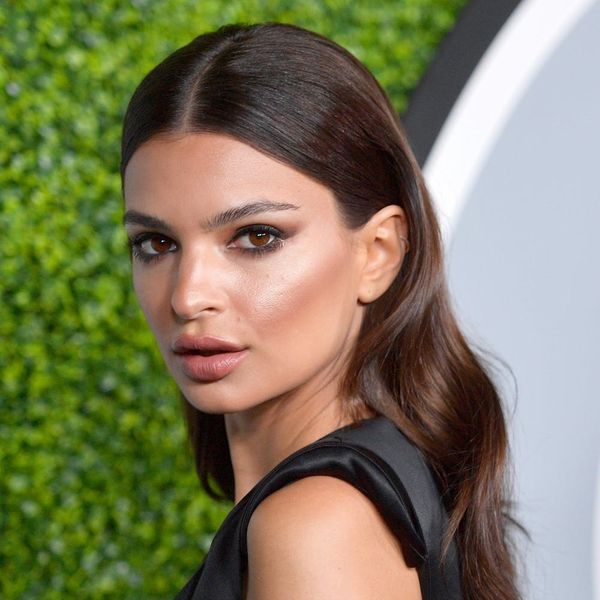 Emily Ratajkowski just made a totally unexpected announcement: She’s a married woman! The 26-year-old surprised fans with news that she tied the knot with actor and producer Sebastian Bear-McClard on Friday, February 23. (Her rep also confirmed the marriage to Page Six.)

“Sooo, I have a surprise, I got married today,” the bride wrote in her Instagram stories, where she shared a series of photos with her new husband and their friends (and witnesses?), including The Fat Jewish and an adorably confused-looking pug.

She also popped up a shot of herself and Bear-McClard with the simple caption, “💍 ny 💍”

Ratajkowski and Bear-McClard were first linked a few weeks ago, amid reports that she had ended her relationship with Jeff Magid. It’s unclear how long they’ve been together, but it was clearly enough time for them to form a strong connection.

According to reports (and as seen in her Instagram stories), the couple said “I do” at a New York City courthouse and opted for stylish but untraditional wedding attire. Ratajkowski — who has walked the runway for top fashion brands including Marc Jacobs and Miu Miu — chose a burnt yellow suit with black buttons and a belt, along with a black hat and veil. Her new hubby ditched the tux and instead wore a black shirt with a light-blue jacket.

Details are scarce, but it’s clear from the pics that these two are thrilled to be married. Congratulations to the happy couple!

Did you (or would you) get married in a simple wedding with just a few friends present? Let us know @BritandCo!