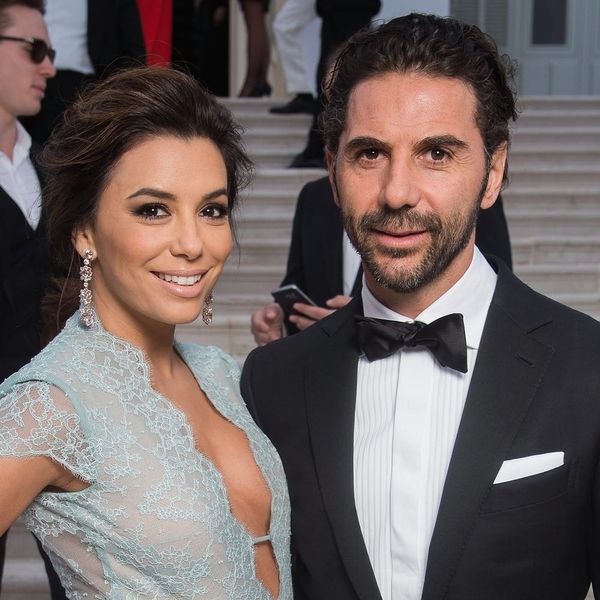 Congratulations are in order for Eva Longoria! The actress-producer is pregnant and expecting her first child with husband Jose “Pepe” Bastón.

Longoria’s rep confirmed the happy news to Us Weekly and E! News, after Hola! reported her pregnancy earlier on Tuesday. According to her rep, she’s four months along with a baby boy.

This will be Longoria’s first child. The little one will join Bastón’s three kids from his previous marriage, whom Longoria has called “amazing children.” Last year, in an interview with Ocean Drive magazine, she said she was “so happy to be part of their lives.”

In that same interview, she talked about the possibility of having kids of her own one day, saying, “If it happens, it happens — if it’s meant to be, it would be a blessing.”

She shared a similar sentiment in December 2015, telling People, “We are fulfilled. If there is anything else to come, it would be icing on the cake.”

Bastón proposed to the Desperate Housewives alum that month in Dubai, with a gorgeous, non-traditional ruby engagement ring. They married a few months later, in May 2016, in Valle de Bravo, Mexico.

“Pepe and I are soul mates — I don’t even know how to explain it, because it’s like we’re two different sides of the same coin,” Longoria told Ocean Drive of her husband in October 2016. “He’s compassionate, kind, handsome — he’s everything I wanted and didn’t even know I wanted.”