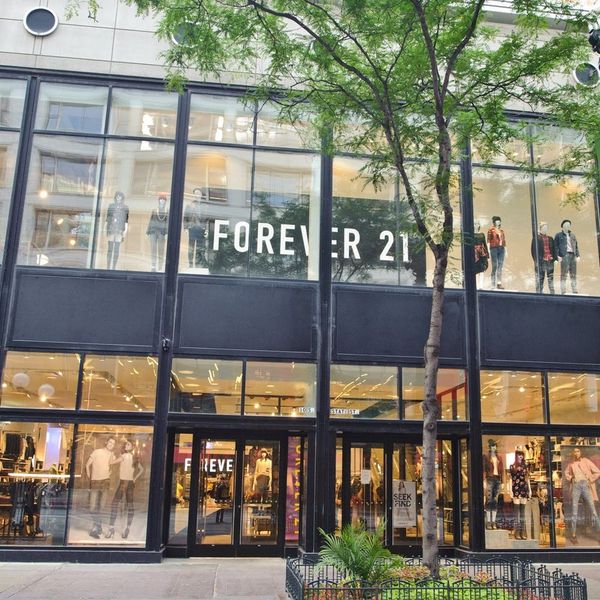 It seems like Forever 21 has been in a lot of trouble lately, whether it’s for ripping off other people’s merch or having its customers’ credit card data compromised. And now the company is being sued for a cool $2 million.

A former employee, listed only as Jane Doe, is accusing the retail chain of negligence and invasion of privacy. She says Forever 21, through lack of sufficient security, failed to prevent a hidden camera from being placed in an employee restroom at a store in Providence, Rhode Island back in 2011.

Typically, the placement of cameras in areas that one could reasonably assume they have privacy is prohibited. Doe claims footage of her using the bathroom in question has shown up on multiple pornographic websites and is citing “extreme emotional damages” as the reason for her suit.

Forever 21 responded to the suit, saying, “We want to make it clear that Forever 21 takes the privacy of our team members extremely seriously,” the spokeswoman said. “We have zero tolerance for any type of inappropriate behavior, and we are committed to making Forever 21 a safe space for all employees, without exception. We have been actively investigating this matter, which has involved law enforcement, our legal team, and national investigation teams. We are committed to our employees and will continue to search out those responsible for this heinous act.”

Do you think Forever 21 should increase their security? Discuss @BritandCo!

Shea Lignitz
Shea can be found in the nearest bookstore or brewery, exploring the great outdoors, or blasting Led Zeppelin. She grew up in the cold and rain of Northern California's redwoods but is currently wandering around Texas.
Controversy
Style News
Controversy
More From Style News