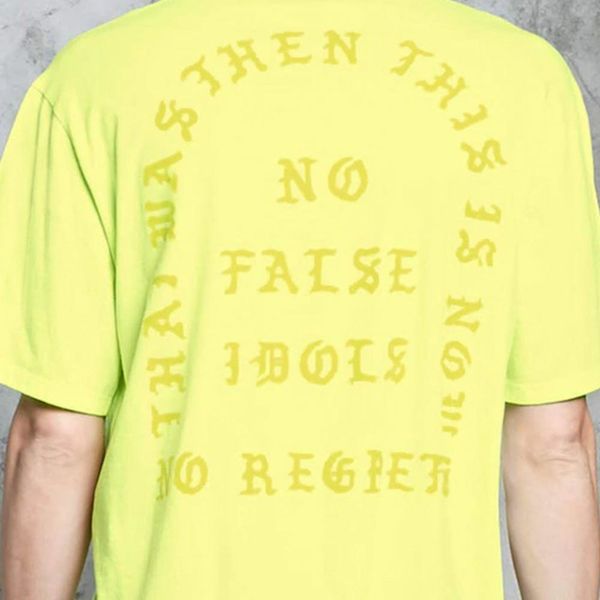 Another day, another allegation that Forever 21 is selling clothing that looks dangerously close to another’s designs. This time, the fast-fashion retailer is coming under fire for what appears to be plagiarizing Kanye West’sLife of Pablo tour merch.

@Forever21 BITTING KANYE SO HARD WITH THE GRAFFITI JACKET, PABLO MERCH, AND EVEN THE PLANET KOSMOS FONT USED FROM CALABASAS. @TeamKanyeDaily pic.twitter.com/RjZ2T12clF

Specifically, long-sleeved t-shirts with a font that appears to be identical to the one West used, including a yellow t-shirt with “Private Concert” written on the the front along with the word “Saint,” the name of West’s son with Kim Kardashian West.

Forever 21 was accused of the same thing back over the summer when a shirt that used the same font, format, and color scheme was sold in stores.

Yeezy has dealt with plagiarism allegations of his own, when a photographer accused the rapper of stealing his denim jacket design.

West has yet to respond, but folks on Twitter have a little advice.

What do you think of all of us this? We want to know your thoughts @BritandCo.