Haile Thomas Wants You to Eat Your Vegetables 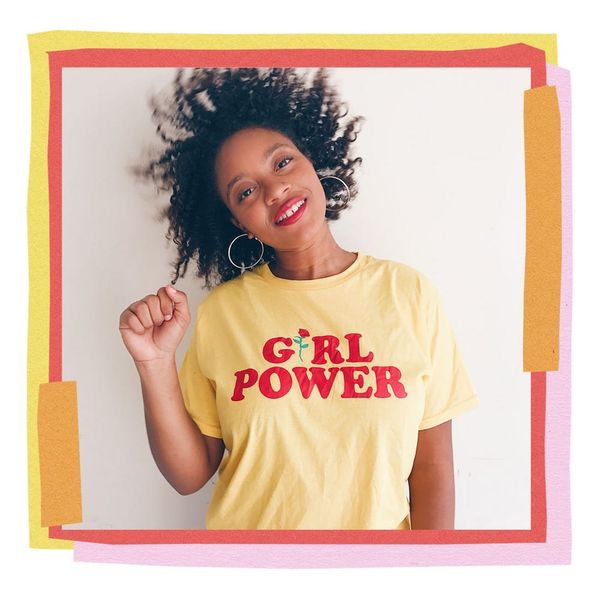 Haile Thomas Wants You to Eat Your Vegetables

When Haile Thomas was eight years old, her father was diagnosed with type 2 diabetes. As a family, the Thomases made it their mission to reverse his condition not through medication, but through nutrition. Together they watched documentaries, read books, and then got to cooking. Within a year, the family’s new and improved eating habits managed to reverse her dad’s diabetes. Inadvertently, those efforts also led Thomas to realize her personal mission: to teach others — especially kids — about the role food plays in their overall health and happiness.

It’s been 10 years since her dad’s initial diagnosis, and 18-year-old Thomas is still as devoted to her cause as ever. She’s now an international speaker, a lifestyle influencer, and the founder and CEO of HAPPY, a nonprofit that teaches young people how to eat healthfully and sustainably. Here, we talk with Thomas about the creative ways she’s fighting kids’ sugar addiction, what it’s like to meet Michelle Obama seven — we repeat, seven — times, and her advice for other young girls who are passionate about pursuing their own calling.

B+C: Your family’s health journey has clearly had a meaningful impact on you. What was going through your mind when all those lifestyle changes happened at such a young age?

Thomas: Throughout the whole process, I learned that food has the power to nourish your body or do the exact opposite. It shined a huge light on how powerful food can be to either heal or hurt. I learned about other kids and young people who were diagnosed with these conditions. Learning all that so young was really enlightening and also very shocking.

B+C: How did your passion for food go from being personal to something you wanted to advocate for publicly?

Thomas: The advocacy part kind of came in when I was about 10 years old. For a few years, I knew I really wanted to talk to my peers about it, but I didn’t really know how to do so in an effective way. At school, I would come across as the food snob, looking at all my friends’ potato chips and kind of judging them. I realized that wasn’t how I learned about healthy eating or how I fell in love with it. I wasn’t judged or belittled throughout the process. I really wanted to be sure that I could spread this information in a non-intimidating way. My mom and I started Googling, and eventually, we found the Alliance for a Healthier Generation, which, at the time, had a youth advisory board for people from all around the country to learn about health and wellness and the epidemic of childhood obesity in the country. They provided tools for us to go out into the community and speak and things like that. I applied and was accepted, and that kind of launched everything that I do today.

B+C:A big part of your work is going into schools and talking to kids about the power of food. At what point did you realize that your visits were making a meaningful difference in these kids’ lives?

Thomas: That moment was kind of early on during a “Sugar Shocker” demonstration, where the kids have to guess how many teaspoons are in certain drinks or breakfast cereals. It was one of our first times doing it and the kids were asking for the bags of sugar. I’m thinking, “No, no, no! That’s the complete opposite of what I’m trying to tell you guys!” But by the end of the class, when we had made smoothies with natural sweeteners, all the kids were like, “We don’t need to drink that stuff, this tastes amazing.” Now they’re going and asking their parents to buy them blenders for Christmas. That’s kind of the moment where I realized that them asking their mom or dad for a blender opens up their entire family to this whole new idea of what a healthy drink is, or what breakfast looks like in a nourishing sense. Just seeing that was kind of one of the first indicators of that impact.

B+C: You were only 10 years old when you first became a health advocate. You’ve certainly faced your fair share of critics who’ve tried to discredit you simply for being young. How have you dealt with that?

Thomas: When I was first starting out, it wasn’t too bad. I did have one nutritionist write an entire blog post about me. I was 11 at the time. She was like, “This girl is fat-shaming children.” That was the moment where I realized that not everyone is going to be supportive, even if I’m trying to do a good thing.

It also made me realize that it’s important for me to get some credentials behind me to really boost my message. And so, in 2017, I graduated from the Institute for Integrative Nutrition as the youngest certified health coach through their program.

B+C: You’ve had a chance to meet a lot of notable public figures through your work. What celeb interactions have stuck with you the most?

Thomas: I’ve met former first lady Michelle Obama six or seven times. Even saying that just sounds ridiculous to me because it was such an honor. I’ve also met President Obama three times. The first time I met Michelle Obama, I was 10. I got to go up to her and talk to her for like five seconds, and I remember her saying, “You’re doing a great job. Keep going no matter what.” Of course, that stuck with me forever. They’re both just so incredibly human, encouraging, and loving. You immediately feel like you are a part of their mission to make the world a better place as well. It’s surreal. I’m so grateful to have that experience.

B+C: What advice do you have for other young women who also have big career dreams, but aren’t really sure about how to go about achieving them?

Thomas: It’s really all about being confident in a way that feels good to you and not believing the limiting thoughts and things that you may hear or even think yourself. Know that those things come up when you’re afraid, and when you’re afraid to go for something, it just proves how important it is for you to do it. I definitely still struggle with that, but that’s what pushes me every day.