Here’s Why the Internet Thinks Clare Crawley Is About to Get Engaged on ‘Bachelor: Winter Games’ 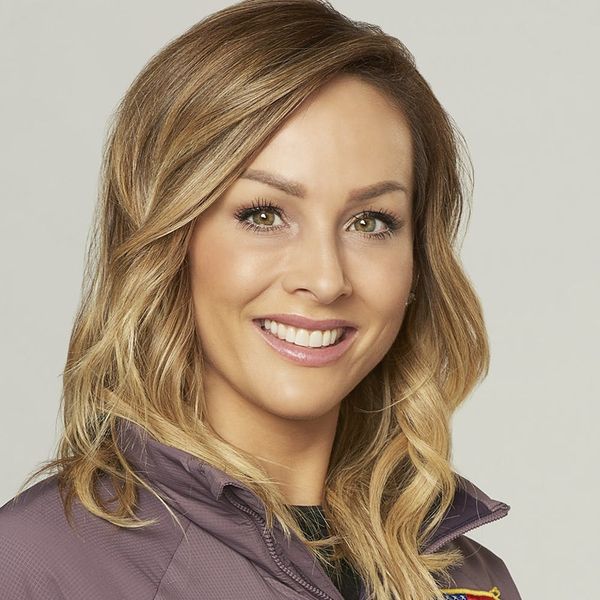 The Bachelor: Winter Games is about to take things up a notch! If you thought the first couple episodes of the The Bachelor spinoff series were wild, brace yourselves: The show has some news!

The official Twitter account for the series let the world in on a secret last night, spilling the beans that come next week (!) there WILL be an engagement on the horizon.

Breaking News: There will be ICE on #TheBachelorWinterGames!! Who will be engaged? Watch it all play out next week! 💍🎊❄️ pic.twitter.com/MNXfNB7jY3

Showing off a picture of two hands clasping (along with one heck of a diamond rock!), the caption teased, “There will be ICE on #TheBachelorWinterGames! Who will be engaged? Watch it all play out next week.”

Thus far, we’ve seen several strong pairings beginning to develop in the house, including Dean Unglert and Lesley Murphy (who are still “incredibly happy,” according to Unglert) and Luke Pell and Stassi Yaramchuk, who seem to be falling hard and fast for one another after bonding over similar physical heart issues.

The internet, however, has its money on Clare Crawley and Benoit Beauséjour-Savard.

Despite the fact that Beauséjour-Savard packed his bags on last week’s episode after his would-be love said she just wasn’t feeling the spark, Twitter is seemingly convinced that it won’t be the last we’ll see of the Canadian contestant.

That’s because the pinky ring also seen on the hand in the show’s promo shot is one we may have seen before.

Nothing better than a long drive on a beautiful day with Elbs as our co pilot! How cute are these CRUZ @diffeyewear frames though- they've become my go to pair for sure and I'm pretty sure I want them in every color! I won't even feel bad having multiple pairs because for every one sold they donate a pair of reading glasses to someone in need. Look great + do great this spring with my code CLAREC for 25% off at diffeyewear.com #bedifferent#springstyle #butcantheymakedoggles

As one eagle-eye fan pointed out, the thin gold band looks an awful lot like the one pictured on Crawley in an Instagram post with her dog from last March.

Of course, the male hand in the photo could also belong to Christian Rauch, as they seemed to have moved past their recent issues after the California beauty accepted his rose at the end of last week’s episode.

We, for one, will DEFINITELY be tuning in to see how this all shakes out!

Who do you think will wind up engaged? Share over @BritandCo.

Nicole Briese
Nicole is the weekend editor for Brit + Co who loves bringing you all the latest buzz. When she's not busy typing away into the wee hours, you can usually find her canoodling with her fur babies, rooting around in a bookstore, or rocking out at a concert of some sort (Guns N' Roses forever!). Check out all her latest musings and past work at nicolebjean.com.
Engagement
TV
Engagement Engagement Rings the bachelor TV